Recently, I was able to join a market research project. Its aim is to know the habits, attitudes, and perceptions of middle class Filipinos towards banking.

Around thirty individuals from Metro Manila, composed of employees, housewives, and businessmen, were invited to participate in a focus group discussion and share their thoughts on the topic.

As I listened to them, I wrote down some observations and realizations from the discussions.

The Use of Banks

When asked what services do banks offer to individuals, the first thing that everyone said were savings and checking accounts. The next answer on their lists were bills payment and loans (car, business and housing).

It’s surprising for me that less than a handful mentioned wealth management and investments. While there were a few who listed “time deposits” as something that banks offer, only one person knew and mentioned Unit Investment Trust Funds. 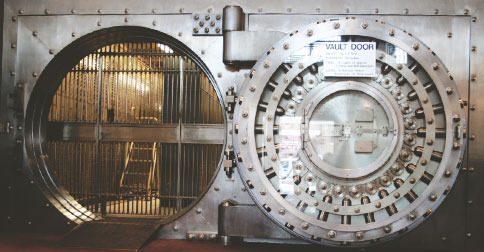 When asked what type of banks do they have, everyone answered that they only have deposits in commercial banks. The reason is because they perceive them as more stable than thrift and rural banks and they’re more widespread (ie., many branches).

However, when asked if they knew the basic differences of commercial, thrift, and rural banks. Many failed to mention that thrift or savings banks have more and better products that cater to individuals and families than commercial banks.

Furthermore, many are not aware that rural banks usually offer higher interest yields for deposits and investments than commercial banks.

When asked what’s the thing they hate most in banks, the unanimous answers were the long lines and the bad customer service. I would agree although I rarely experience these because I do most of my banking online.

It’s interesting to note that while everyone agrees that online banking is more convenient and can save them time from waiting in line at the bank, only around five people in the whole group actually do it.

Many fear that they could lose money if they make a mistake while doing transactions online. They are afraid that the internet connection could suddenly go offline or their computer might hang or crash while banking.

While the latter instances (losing connection, computer hanging, etc.) have actually happened to me, never in my more than ten years of online banking have I lost money.

And the same goes for depositing money and paying bills on Automated Teller Machines, which is another way to avoid long lines in banks.

The last, and most striking observation I had during that day was hearing most of them say that investing is something that they hope to do in the future when they have more money and a few years from retirement.

As an observer who is not allowed to speak with the group, it took a lot of effort on my part not to react and speak my mind to correct such a wrong mindset.

Fortunately, there was one participant who immediately corrected the group’s perception and said that one should actually plan for retirement as early as they can; and you really don’t need a lot of money to start investing.

That came from a lady in her late twenties who just got married. I’m sure her husband is lucky to have her.

Anyway, there were a lot of other things discussed during that day – most of which I am no longer at liberty to publicly write here.

But I do hope that these things I shared above have helped you in some way to change your own perceptions of banking and personal finance.