Many people dream of financial freedom but are often discouraged by the lack of opportunities around them.

I frequently hear this sentiment from friends. They say that it’s not easy for them to achieve wealth because we’re living in a country of limited possibilities.

While limited, the possibilities are still there. Indeed, they may not be as grand or as big as those which can be found in other countries.

Nevertheless, they are present and have the potential to grow and become a strong foundation for one’s wealth.

Today, I’m with you a story, which was written by Rebecca Fine entitled “Afloat In A Sea of Abundance”. It’s an inspirational story worth reflecting upon as the year ends. 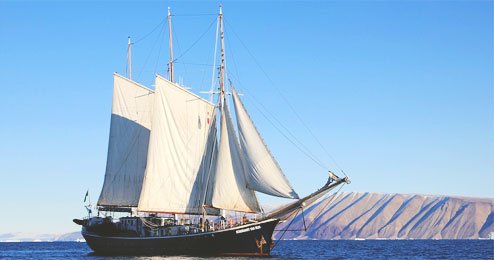 Afloat In A Sea of Abundance

In the days of the mighty sailing ships, when brave souls voyaged into the unknown, dependent on the winds and their as-yet incomplete knowledge of geography and navigation, one of the greatest and most dangerous challenges was to traverse the area known as “the doldrums.”

Extending about 30 degrees on either side of the equator, the doldrums are subject to days, weeks, even months of no wind at all.

After a long and difficult crossing from Europe to South America, lying becalmed in the doldrums — with no land in sight and with the ship’s supply of freshwater dwindling — was a terrible and life-threatening situation.

But history and legend offer us some fascinating insights into the power of our own thinking and belief. Back then no one had yet figured out how to determine longitude, although latitude was easily calculated.

So if you could not see recognizable land, you could only know in what band of latitude you currently were. Exactly where you were in that ring around the earth was, at that time, unknowable.

And so it happened that at times a ship would fetch up off the coast of South America, out of sight of shore, freshwater supplies exhausted and death knocking at the door.

Then, with what must have been the sweetest sound those sailors could ever have hoped for, the lookout would suddenly call out that a ship was approaching in the distance.

Once the ship was within hailing distance, the cry went up: “Water! Give us water!”

And the reply would come back, “Lower your buckets over the side.”

You see, although the sailors didn’t know it, they were afloat in a virtual river of drinkable and life-sustaining water flowing from the mouth of the powerful Amazon River, which carries nearly 20 percent of all the earth’s runoff water into the sea with such force that the fresh (or brackish but safe) water flows as far as 100 miles out into the Atlantic.

The sailors, dying of thirst, only THOUGHT they were experiencing lack.

The REALITY was that they were afloat in a literal sea of abundance. Exactly what they needed was within their reach the whole time, but the APPEARANCE of scarcity and their BELIEF in that appearance threatened to overpower them.

They could have died — and many certainly did — believing in lack while surrounded by ABUNDANCE.

A beautiful story isn’t it?

It reminds us that sometimes, all you need is a little optimism, a passion for learning, and a belief in the generosity of the universe to find abundance in your life.