I remember reading a story years ago about a farmer who received a calf from a rich man.

Hopeful that the calf will be able to help him have a better life, the farmer did his best to take care of it. But as the calf grew, so did the farmer’s expenses.

One day, he said to himself, “I don’t want to wait anymore for this calf to become an ox. I’ll just sell it and buy several sheep which are easier and much cheaper to take care of.”

And so he did just that. 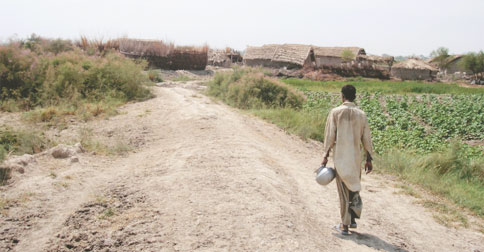 After several months, he realized that breeding sheep were not as easy as he thought.

And so he said to himself, “It takes too long for these sheep to give birth. I better just sell them and buy myself several hens which can lay eggs for me everyday.”

And so he did just that.

The plan worked very well, he was earning good from selling all the eggs. Life improved for the farmer.

But after several months, the hens started to lay less and less eggs until one day, the hens couldn’t produce anymore.

The farmer was devastated. In his anger, he cooked all the hens and had himself a feast.

Later that week, he remembered the single calf that started it all and realized that after all his hard work, nothing had changed in his life.

Are you like the farmer who often becomes impatient when investments takes so long to grow and gives up when things become hard?

Remember that there’s no shortcut towards success and time is your ally. Be patient and persistent and the money will come soon enough.

And when it does, do you make the mistake of spending all your earnings? To become rich, you must learn to delay gratification and use the profits as leverage to earn more.

Again, be patient and soon enough, you’ll have more than enough to spend for both your needs and your wants.