In the late 1960’s, a psychologist named Walter Mischel conducted an experiment on a group of four-year olds.

He gave each child a marshmallow and told them that if they don’t eat it and wait for him to return in the room after 20 minutes, he would give them another one as a reward for being patient.

Some children ate the marshmallow right away while a number of them were able to resist the temptation and waited. 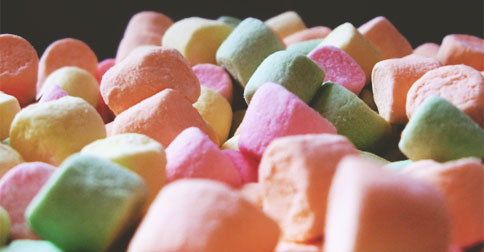 Fourteen years later, Mischel followed up on the children.

Those who couldn’t wait suffered from low self-esteem and was regarded by their teachers and parents as stubborn, prone to envy, and easily frustrated.

Meanwhile, those who did not eat their marshmallows were more self-motivated, educationally successful, and emotionally intelligent. This study proved that people who believe in delayed gratification for better returns lead more positive lives.

Patience does build character, but how do we incorporate that in our life? Here are some things you can do:

Some kids reportedly covered their eyes so that they won’t see the marshmallow. If you cannot see it, then you wouldn’t be tempted.

Itching to buy that nice dress but you can’t afford it yet? Then avoid passing through that store and distract yourself whenever you’re near the area. It could go up on sale next month or it might be available at a cheaper price elsewhere.

One child reportedly licked the table around the marshmallow while waiting for the time to pass. The child found an alternative way to satisfy his hunger.

Your friends are going out for dinner and a movie but you still have tons of work to do?

Tell them that you’ll try to finish early and catch up with the group afterwards for coffee. You missed the restaurant and the cinema, but you’ll still be able to enjoy their company at the coffee shop.

3. Focus on the reward

Two marshmallows is definitely better than one. If you constantly reinforce yourself with the potential prize you’ll receive by delaying gratification, then you will be more motivated to be patient.

I once had a high-paying job with a constant salary increase of 10% every year. But I gave that up to start a business which paid me less than half of my current paycheck, but my profits constantly increased by at least 5% every quarter.

I am now earning more than what I would be receiving if I had stayed in the corporate world. Through all those years of building my business, I tried not to be discouraged by my low income.

Instead, I focused on the day when I would finally be financially free. I would visualize myself four or five years in the future and how I am having the best time of my life.

More helpful articles are coming, subscribe to Ready To Be Rich so you won’t miss them.