How many sources of income do you have?

A friend of mine has about six. He works as a part-time bookkeeper, sells vitamins for a direct-selling company, owns an eLoad business, buys and sells computer parts online, works as a Math tutor and occasionally gets an allowance for running important errands for his father’s company.

I know what you’re thinking, my friend is really hardworking and with all those income sources, then he must be earning a lot!

Well yes, he is hardworking, but despite all those freelance work, I would say he’s actually “not earning much”. Or to put it in another way, he could be earning more if he only knows how.

And by that I mean, working smarter not just harder.

Having multiple sources of income is not bad, I actually encourage it. But this does not mean that one should grab every income opportunity that comes along without doing a proper evaluation of how it will affect you. 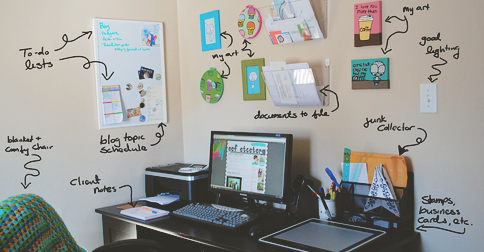 You see, with all the things that my friend does, he rarely gets the time out to have some fun. Worse, he’s always feeling tired and stressed. So even if he is actually earning a lot, that’s not exactly a good way to live your life.

That’s why the last time I sat down with my friend for coffee, we did a short study of what he could do differently to improve his finances, and more importantly, get rid of some of his stress.

First, we listed down all his income sources and how much time he usually spends a week doing those.

Second, I had him compute how much net income he earns with each; and divided that by the number of hours he puts on that job in a month.

Then, I helped him tabulate the date, as shown below:

The first thing he realized is that he always thought that his bookkeeping work was his highest income earner. It actually is in terms of amount, but when time is put into the equation, it seems that doing special tasks for his father’s company is the winner.

So I asked him, “Why not work for your father full time? I’m sure he’ll give you a good salary.”

He answered that he used to work for their family business and was earning enough, but he decided to leave because he wanted to make it on his own – to make his own career path. “Fair enough,” I said.

Then we talked about his tutoring, to which he answered, “My tutees are just kids from the neighborhood, maybe I could try to advertise my service to other areas in the village to get more students.”

“That’s right. Get students from middle to upper-class schools so you can charge higher,” I suggested.

“What about my bookkeeping?” he asked.

“Well, ask yourself first if the work you do is really worth P100 per hour. If not, then increase your rates or at least, try to find a way to be more efficient at it so you’ll spend less time doing that,” I answered. “Either way, you’ll be increasing your hourly income.”

“Also, I suggest you spend less time buying and selling online or stop doing that if you want,” I said.

“Although it nets you P4,000 a month, it’s an active income that’s only slightly better than your eLoad business, which is semi-passive,” I noted. “Why not spend more time marketing and developing your business, maybe you could add more products or expand it. Ask your staff and customers for suggestions on how to improve your store.”

“The same goes for your direct selling,” I continued. “It’s not earning much right now but from what I know, direct selling can be a good source of passive income once you can unlock its full potential.”

We continued our discussion and for the rest of the night, we were able to come up with a better plan for his finances and work out the details on how he can improve his income without necessarily putting in more hours. It was really rewarding for me to see him all excited about accomplishing his new goals.

In my opinion, there are three things you need to consider if you want to work smarter:

So how about you? Are you working smarter or just working harder?

What to do next: Click here to subscribe to our FREE newsletter.
———
Photos credits: eef-ink and blakespot