Opportunities are all around us. Some may have more than others, but still, they exist if you look hard enough.

However, having access to these opportunities doesn’t automatically guarantee success in life. One’s hard work, grit, determination, discipline, and focus are some of the keys to achieving success.

Today, I’d like to talk more about that last bit — FOCUS. Because I’ve struggled with that in the past, and I know most of you are trying to deal with this as well.

I hope that what I’ll share today can help you find that willpower to F.O.C.U.S. — to Follow One Course Until Successful — and consequently attain your financial goals.

There’s an article I wrote before that enumerates the four kinds of thinkers.

If you’re the second type, the one with no focus, also known as the one with the spaghetti brain, then let me tell you how I transformed myself from being one and into becoming the go-getter. 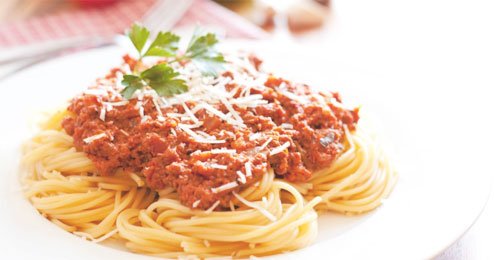 A World of Shiny Objects

When I finished college and passed the board exams, I was fortunate to have access to a good number of opportunities. I had several job offers and even a scholarship for a master’s degree abroad.

Eager to earn and be financially independent, I accepted the job that offered the highest salary.

And for the next several years, I will do just that — continuously switch jobs for a higher paycheck. That’s why 7 years after graduating from college, I’ve already worked for five companies.

When the world of freelancing and entrepreneurship became my “shiny object” — things only got worse. My eyes saw a lot of new and different opportunities. I felt like a child in a big toy store.

One by one, and then all at the same time, I chased many and various opportunities.

Until I ended up doing freelance software development, running an internet cafe, building an online business, and trading the stock market — all at the same time.

It was fun. It was challenging. But it was exhausting as well.

And while I had multiple sources of income, all of them eventually reached a plateau and my income stopped growing. So if I wanted to earn more, my solution was to find a new opportunity to add to my list of ventures.

People often say that you have to work smarter, not harder. I didn’t fully understand this until I came to that point in my life when I was just too busy with everything.

I realized that having multiple sources of income is great. But this does not mean that one should grab every income opportunity that comes along without doing a proper evaluation of how it will affect you.

More importantly, I learned that if I wanted to earn more. Apart from finding a new opportunity, I can also just focus on growing one of my ventures.

Pursuing a goal takes time and effort. If you’re working on many goals, then your time and effort becomes divided and your results will often be mediocre.

One Thing at a Time

With a lot of items on my plate, I realized that I had to decide if I want to make things better for me. I need to drop all but one of the balls I’m juggling, which I did.

One of the balls that I decided to drop was my freelance software development. While I stopped looking for new projects, I did however continued working on my current ones until I was able to outsource all of the work.

At the internet cafe, I hired a manager. This greatly reduced the need for me to be in the shop most of the day, to just at least an hour in the afternoon.

And finally, I stopped trading the stock market. Instead, I became an investor. This is when I learned about, and eventually shifted to the peso cost averaging strategy.

So what was the one ball that I held on to? It’s building an online business. That’s what I focused on. And for the next couple of years, I became busy with nothing else but making money online.

In fact, you’re looking at one of the first online ventures that I built that made me hundreds of thousands of money — this blog.

At that point, my strategy changed. From being a spaghetti brain, I decided to become a go-getter. That is, if I see a good opportunity that interests me, I’d grab it and pursue nothing else; until either, I fail miserably or succeed at making it big enough to stand on its own and run without me.

And this is how I became a serial entrepreneur. I’ve had a lot of failed businesses. But those who became successful, I was able to sell at a good price, or are still running and making money for me today. 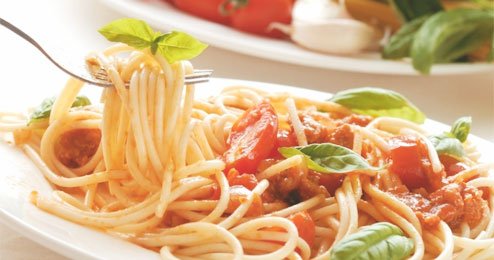 The Cure for the Spaghetti Brain

Having a spaghetti brain is normal. With so many shiny objects around, especially in social media, it’s easy to be distracted by the glitter of the latest opportunities.

Moreover, it’s likewise normal to be confused at which of these opportunities is truly worth your time and effort. It’s okay to be undecided for a while on which one you should grab and focus on.

And my advice is to try them, try many and different things. Be curious. Check out the opportunities that are now within your reach and those that will come along your way.

However, you should give yourself a deadline. After a month or two, you then need to ask yourself: “Among all the things I’ve tried and learned about, which one do I want to focus on?”

After you’ve decided, it’s time to promise yourself that you won’t try other things. At least for now until you either fail or succeed at that venture.

If you feel that you can’t commit to it, then give yourself another month to try new things. Be sure to pursue something new and not what you already tried.

After that, think and choose again. Repeat until you find that one thing, which you’re happy and passionate about to commit to and focus on for at least, the next 6 months.

You could already know what you want, or it could take some time before you find that one thing. But eventually, you will find it if you just follow your curiosity.

And the good news is that sometimes, that one thing can become your life’s purpose.