Yesterday, I attended the Opening Conference of the Foundation for Enterprise Management Innovation, Inc. or FEMI Inc.

I was invited as a speaker to discuss the “Opportunities for the Missing Middle”.

As much as I want to share with you my talk, I’d like to reserve that for another time because I feel it’s more important for me to impart one nice lesson I learned that day from another speaker, Life Engineer, Coach Mel Orosa.

During his talk, Coach Mel told us all about The Four Kinds of Thinkers. 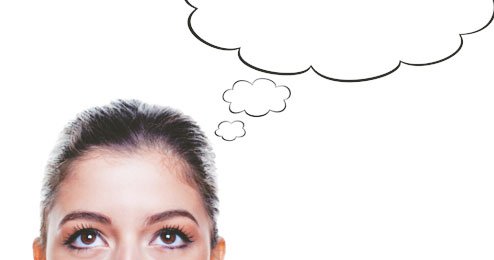 I’ve heard about this concept before through a friend, but it was my first time learning about it through a facilitated workshop.

Coach Mel started his session by showing us this picture, then began describing the different kinds of thinkers, starting from Person D, until Person A. 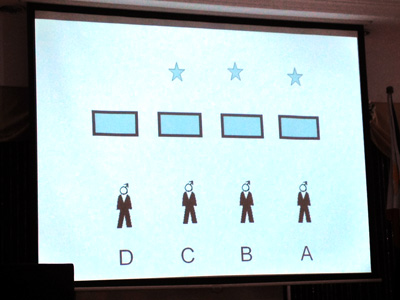 – Someone who has no dreams, no goals in life
– He is content watching other people reach for the “stars”
– They love watching soap operas on the television because they get to watch a lot of “stars” playing characters who work hard to reach their goals.

– Someone with no focus, works for different goals at the same time
– He easily gets distracted and chases many different “stars” that eventually get him nowhere near any of them
– A person who has a “spaghetti brain”

– Someone who focuses on the problems, and not on the goal
– He is always worried about what could go wrong and lets the negative thoughts consume him
– He never reaches his “star” because he fails to push through beyond life’s obstacles

– Someone who is focused and very determined to reach his goal, the go-getter
– He believes that he can “shoot for the stars”
– Among the four, this thinker is the person who succeeds most in life 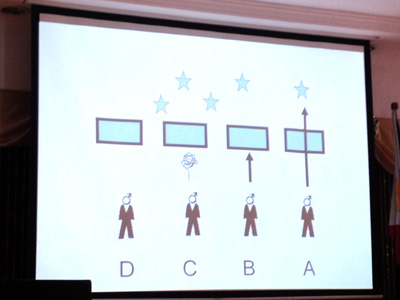 Towards the end, Coach Mel asked us, “Which one are you?”

He concluded his talk by telling us that everyone can be Person A, the “star shooter”. And all you need to do is to start changing how you think.

In the end, I am reminded of the importance of committing to your goal, and the famous definition of FOCUS: Follow One Course Until Successful.

Listening to Coach Mel was indeed a refreshing reminder that we should always keep our focus until we reach our goal. That it’s important to never let distractions and obstacles veer us away from achieving our dreams.

On a side note, I’d like to give credit to Thomas Wilhite, founder of the leadership training organization called, People Synergistically Involved (PSI), who originally came up with this idea of the four kinds of thinkers.