Last Sunday, I ran in the Globe-Ayala Land City Run. It was my first time to attend a big marathon event and I surprisingly found it to be both fun and satisfying.

I’m not a runner. Most of my running experience comes from jogging around the UP campus during my college days and a few minutes on the treadmill at the gym for my warm-up.

That’s why I was a bit hesitant at first to sign up for this event. But eventually, I did because I thought it would be a good challenge.

And so I enlisted myself for the 3 kilometer run – not quite the marathon distance but it was enough for me to realize these eight life lessons.

Always prepare yourself to achieve your goal

I remember when I used to jog around the 2.2 kilometer UP academic oval. A revolution would normally take me around 25 minutes. If I run at the same pace in the marathon, I would complete it by 34 minutes.

I wanted to do better than that. And for two weeks leading into the marathon, I’d run 3 kms on the treadmill at the gym. My pace improved and my best time before the event was 28 minutes. 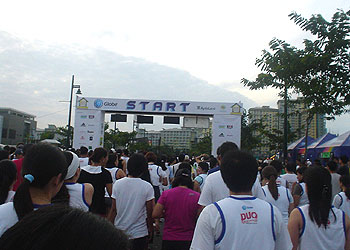 A good cause can give you inspiration to do something difficult

The marathon is a charity event for Habitat for Humanity. I haven’t been big on charity work for the past few years and that’s why I’m glad that I’ll be running for a good cause.

One thing I’ve learned in life is that, it always feels good to help others – not just charitable institutions, but even people who are more close to you like family and friends. 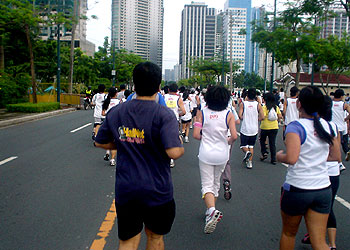 It’s never too early nor too late to begin. During the assembly period that morning, I was amazed at the diversity of the people I’ll be running with.

Kids, students, young urban professionals, parents and even elders. In fact, most of the senior citizens looked more athletic than me. 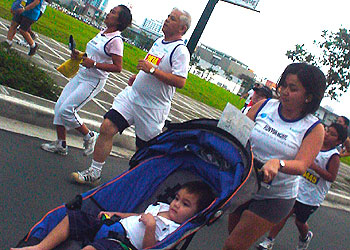 While running, I can easily see and avoid the obstacles ahead of me – other runners, big rocks on the sidewalk, lamp posts.

However, I noticed that the things I often ignore and discount as nothing such as the little pebbles, small cracks on the road and a slight change of the slope are the ones that really affected my running pace.

Don’t forget to refresh yourself along the way

Almost half-way through the race, I saw a drinking station. I was hesitant at first to grab some water because I thought it might slow me down and ruin my pace.

But I know my mouth is already starting to feel dry. And so I got hold of a glass and took several sips. I was instantly refreshed and felt that I had more energy to even run faster than my previous pace. 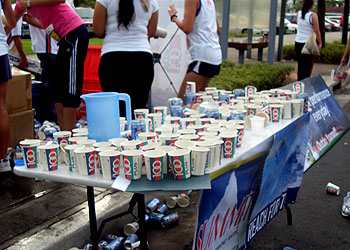 That’s actually a line from Wear Sunscreen and I was really reminded of the song while I was running.

At first, I was conscious at how many people were passing me by and so I tried hard to get ahead of the pack.

But as the distance stretched, I became less conscious of the people around me and began to focus only on myself and my goal to finish the marathon. 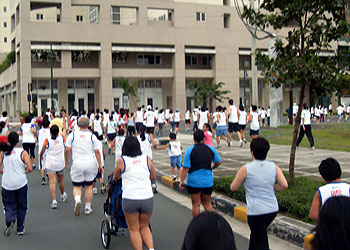 I crossed the finish line shortly after 27 minutes – a time better than my previous records. I actually would have finished it faster if I wasn’t taking pictures along the way.

So you could imagine how happy I was that day and how I felt like a winner. It was a personal achievement that I celebrated with a hearty breakfast with my friends. 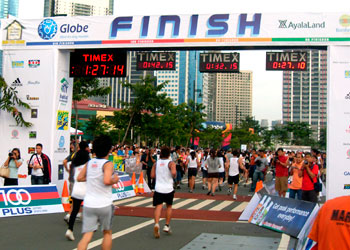 Share the lessons you’ve learned and pay it forward

Running in this marathon (or fun run) taught me a lot of things about myself. It reinforced my belief that one can do and achieve more in life if you take the time to focus and commit to your goal.

And one of the best part of conquering life’s obstacles is in sharing to others the lessons you’ve learned along the way. 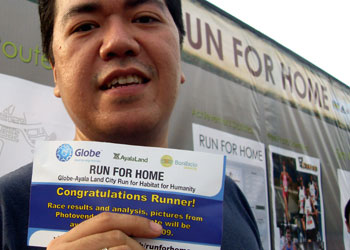