Let’s admit it, everyone wants to be rich. Unfortunately, only a few would achieve wealth — most would struggle financially their whole life, while some would simply become financially stable and live a modest life.

So why does this happen? Why can’t everyone achieve financial freedom and retire rich?

Of course, there are many factors — lack of knowledge is one, having limited access to opportunities is another.

However, regardless of a person’s initial circumstance, there is one factor common to everyone that determines if they’ll become wealthy or not.

There are many ways to become rich. You can work your way up the corporate ladder or become an entrepreneur. You can invest in real estate or grow your wealth through the stock market.

There are still other routes you can take, and you can do a combination of any of them.

But regardless of where you start and which path you choose, eventually, there’s one prime factor that will determine your financial success…

Your ability to spend less than what you earn, while investing the difference to grow your wealth. 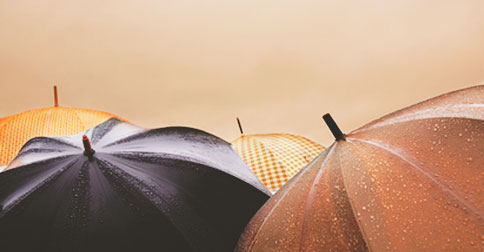 How People Lie To Themselves

We sometimes hide the truth from other people, and for various reasons — some good, some bad. But when it comes to ourselves, I see no good reason to deny ourselves of our own truth.

In my years as a financial advocate, I’ve noticed that most people are aware that they have poor financial habits, but they consciously ignore it and simply lie to themselves that everything is okay.

I met a guy who’s been working for almost five years now and yet, has no money in his savings account. He keeps promising to himself that he will start saving, but deep inside he knows that’s a lie.

Then there’s this woman who kept telling herself that she’ll start saving money once she gets a salary increase, but again that’s a lie because the moment she does, she immediately adjusts her lifestyle and increases her spending.

I also met an OFW who kept sending all his income back to his family. He says that he’s earning a lot anyway. Though at the back of his mind, he knows that his contract might not get renewed and he could lose his job, so he just reassures himself with a lie — “No, that won’t happen.”

Don’t Sabotage Your Own Wealth

Wealth starts with learning the habit of saving money, and actually doing it — not just saying to yourself that you’ll do it someday.

Don’t sabotage yourself by choosing to ignore this truth. Don’t turn your head in the other direction when you see yourself spending more than you can afford.

Here’s the thing… saving money is hard, I will admit that it really is.

A lot of stuff is becoming more expensive and our salaries are not going higher. If you’re a breadwinner, then it’s more challenging to maintain a budget. And as if minimizing our expenses isn’t hard enough, it’s also difficult to find extra income nowadays.

However, you shouldn’t use these as excuses for not trying.

Save money even if you can only save a small amount — because what’s more important is doing the act and forming the habit.

Scientists have determined that it takes 66 days to form a daily habit. So why don’t you try to save money for that duration and see how it slowly becomes automatic for you.

Have a piggy bank and put P10 there every day. After 66 days, you’ll already have enough to open a passbook savings account in most banks. Hopefully, setting aside a small amount as your savings has become a habit, and you’re now excited to grow it more.

After a year, you’ll have P3,650 in your savings account. It’s not much, but you’re already ahead of the 69% of Filipinos who have no savings. Yes, that’s right — almost 70 million Pinoys have no bank savings accounts.

So, the choice is yours…

You can decide to be wealthy by starting small and forming the habit of saving, or you can decide to continue denying yourself of the truth and choose to struggle financially your whole life.

Which one would you rather be?