A person’s financial success is mostly dependent on their values and behavior rather than their skills and knowledge about money.

We can spend a lot of time learning about financial concepts and investing strategies, but ultimately it will be our mindset, particularly our courage to apply those knowledge, which will determine if we can reach financial independence or not.

And when it comes to our financial attitudes, those whom we discuss and learn about money from will certainly have the most influence in our decisions and actions.

I had an officemate who knows a lot about the stock market. Actually, he was the one who got me interested on stock market trading in the first place — after I saw him reading a book on technical analysis at the office during lunch many years ago.

At present, if you ask who between us has the bigger portfolio, then the answer would be me — but simply because he has no money in the stock market.

Yes, despite all those time and effort that he and I spent learning together back then, he still remains fearful and hesitant on investing and trading the stock market.

The primary reason? He constantly listens to others who have poor mindsets about money.

“Money is not important. You don’t need it to be happy.”

He often hears this from his friends who believe that as long as they’re eating three times a day and can afford necessities, then life is good.

While there’s nothing wrong about this belief, he fails to recognize that this attitude towards money curbs his motivation to earn extra income, such as doing stock market trading.

How important is money to those around you? What’s their view about the connection of money and happiness?

Money is not the most important thing in the world, but it is nevertheless important. And a lot of those who say that it is not, are just trying to find an excuse to be lazy about money management.

“You don’t talk about money at the dinner table.”

That’s their rule at home when he was growing up. He was taught by his parents that money is a topic for adults, and children have no business asking about it.

Moreover, whenever he tries to talk about money to his friends, asking them to share money and debt management tips, they’d just look at him and request that he ask about something else and change the topic.

Are the people you spend most time with comfortable talking about money? Or do they find it an awkward topic, that easily sets them frowning and saying that it’s a depressing subject? 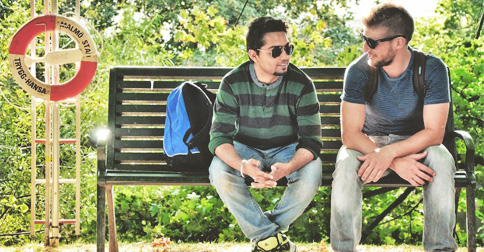 “It’s hard to earn nowadays. I don’t want us to make a mistake and lose our money.”

That’s what he hears from his wife, whenever he asks if he can take his chances in trading the stock market. No wonder he hasn’t opened a stock market account after all these years.

I don’t blame his wife though because in my mind, she might have learned that attitude from other people as well — from her family while growing up, or from her friends who also have poor mindsets about money.

Think about the people who has the greatest influence in your life and ask yourself… do they have an attitude of abundance and gratitude? Are they emotional about money? Fearful to make financial mistakes?

There’s a lot of money going around, and you just have to know where to intercept it. There’s no way to learn how to do this except by trying different options and having the willingness to commit and then learn from mistakes.