If the quote “Time is gold” is literally true, then the Philippines is throwing away hundreds of gold bars every day.

Traffic in Manila and a lot of other places in the country has been a scourge to the millions of commuters for decades, and it has gotten significantly worse lately.

The big-picture problem of traffic in Manila

In 2015, the traffic navigation app Waze conducted a survey on the driving experience of 50 million users in 32 countries and 167 metro areas.

That year, traffic in Manila ranked the worst across all metro areas. Waze conducted that survey again this year, and Manila remained the worst in terms of traffic, while Cebu was cited as the least satisfying city to drive in.

However, the real costs of traffic go beyond what is stated in a driver satisfaction survey. We would need to consider reputation and economic costs, among others.

Various surveys and studies have calculated the immense costs of the heavy traffic Manila is experiencing. 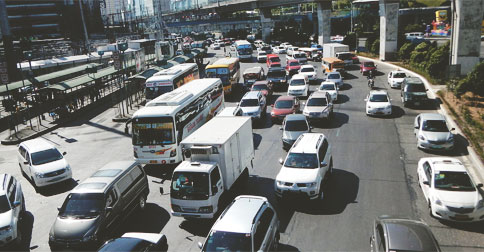 The “time is gold” costs

Crowdsourcing survey website Numbeo has been conducting its traffic index per country, measuring the amount of time a person in a certain city spends in commute.

Since 2014, the Philippines ranked among the ten worst places for traffic. As for traffic in Manila, one infrastructure consultant recently wrote that the average person spends between 90 and 150 minutes commuting every day.

We haven’t even considered the commute of people from the suburbs who work and have to go through the traffic in Manila.

And the average statistics don’t take into consideration the hours added to the time spent on traffic during times when it’s payday Friday or a rainy day that floods half the roads in Manila.

Traffic in Manila is estimated to cost â‚±3 billion per day, according to a study by the Japan International Cooperation Agency. That’s about 120 gold bars daily, in case you’re wondering.

Imagine around 10 million people spending an hour or more in traffic in Manila, when they should be working or doing something worthwhile.

The productivity costs would amount to billions. At present, it’s â‚±3 billion daily. However, if things don’t get better, this becomes â‚±6 billion daily by 2030.

Your personal costs (those that you know)

Assuming that there are 10 million workers in Metro Manila, the daily â‚±3 billion whittled away to traffic in Manila amounts to an average of â‚±300 per day per worker.

This doesn’t include the fuel costs from driving your own car into traffic in Manila, the premium buses, taxis, and Grab / Angkas rides being taken, which may cost an additional hundred pesos or more daily.

Your personal costs (if you’re from far-away places)

From those fare estimates, we can estimate the various transport costs that commuting to and from work can entail.

For those who live in Bulacan, Cavite, Laguna, and Rizal, the daily commute into the traffic Manila offers (along with the good pay) consists of either a bus ride or a van ride, along with hitching a jeepney or tricycle, and sometimes even all four.

That’s a lot to pay for a traffic ride of at least three hours. And that’s enough money to bedspace somewhere near work, an option not available to a lot of people in the suburbs.

The hidden costs of traffic in Manila

However, the costs of commuting to and from Manila go beyond the purse. People traveling within, to, and from Manila spend 1,000 hours per year in traffic, 700 more than the global average.

Those 700 hours in traffic in Manila amount to about two per day, or one-fourth of your work day. That’s â‚±125 per day, assuming that a person earns â‚±500 daily.

Suppose you drive to work. When your car is idle, it wastes three-fourths of a liter per hour. That’s around â‚±30 per hour idling.

We’re not even counting the opportunity and psychological costs of traffic in Manila. Beyond all the hours wasted stuck in traffic, that traffic-caused tardiness at work might have cost you a promotion opportunity or two.

And sometimes, you even end up more fatigued while in traffic in Manila than at your actual work, increasing your health risks. Needless to say, those costs run to the thousands. 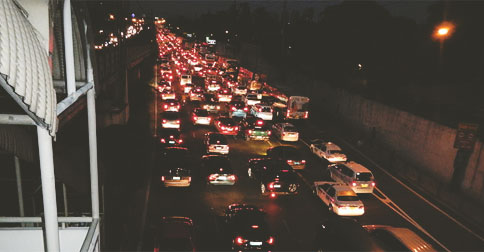 Traffic in Manila is expensive. And we need to constantly remind those in government that we’re expecting them to do better at finding effective solutions.

Meanwhile, we also need to be patient. Find ways to make our time in traffic more productive. Lessen the need to go out unnecessarily. And be disciplined in following traffic rules whenever we’re out on the streets.

This article was submitted by GoBear Philippines — Asia’s first unbiased metasearch engine or comparison website for banking and insurance products like loans, credit cards and insurance. Find out more: www.gobear.com.ph.