I was online when the news of the untimely death of Michael Jackson hit the internet.

And now, countless blog posts, personal tributes and other stories are everywhere (including this). 😀

But anyway, personally, one of the most sobering articles I’ve read about Michael Jackson is his staggering $400 million of debt.

To many, this news came as a surprise.

How can the King of Pop be so deep in debt? What happened to his wealth? Isn’t he supposed to be rich?

I don’t want to go much into detail on how Michael Jackson lost control of his finances. I will leave that for you to discover and learn.

Instead, what I do want to share with you today are some of the realizations I’ve had from the past few days about debt. There’s actually just two. 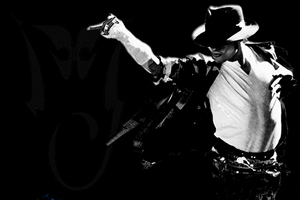 You don’t go into debt overnight.
Lawsuits, sudden and necessary home repairs, accidents and medical emergencies – these are just some of the things that could cripple our finances overnight. But what some don’t realize is that, the financial burden that these events bring could have been prevented if only they had proper financial planning years or even just months before.

Meanwhile, for those who are fortunate enough not to experience these (yet). They think that ONE unnecessary expense will most likely not affect their finances in a major way. But what do they do? They spend on one unnecessary expense EVERYDAY. And after a year, they wonder how they got into so much debt.

It’s not how much you earn, but how much you save (and invest).
Michael Jackson undoubtedly earns at least hundreds of thousands of dollars in a month. However, if his monthly expenses are at least a million, then he’s actually in a worse situation than a regular employee earning just P20,000 but lives well within that income.

Spending less than what you earn is the first step towards preventing and eliminating debt. It creates a cash surplus that you can use to invest and earn more (so you can spend more). Don’t let the scales of income of others distract you from what is more important, which to ensure that no matter how much you earn, there is always a portion that goes to your savings and investments.

To end, I’d like to share with you probably one of the most memorable live performances of Michael Jackson and my personal favorite of all his songs. This is the King of Pop, singing Man In The Mirror, during the 1988 Grammy Awards.

I’m starting with the man in the mirror.
I’m asking him to change his ways
And no message could have been any clearer
If you wanna make the world a better place
Take a look at yourself, and then make a change…

You can start making that change by subscribing to Ready To Be Rich.