A blog reader recently sent an email, asking me what she can do with P50,000 to turn it into 1 million pesos in less than a year.

I find this an interesting question. So instead of replying to her directly, I’m writing a blog post about it.

So, how do you legally turn a few thousand pesos into a million in less than a year?

Here are a few suggestions, or rather, true stories of people I know who have accomplished this seemingly impossible feat.

Jun
Jun works as a mechanical engineer, but his real passion is the stock market. He’s been trading equities for almost 8 years now and admits he earns more from it than his current job.

William
William is a blogger, who decided to put up an online magazine. He hired writers and spent most of his time doing search and social media marketing. He now earns at least P200,000 a month from ads. 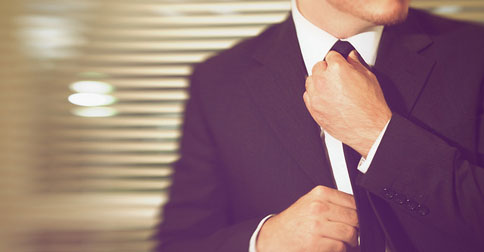 Lisa
Lisa lost her job, and used her savings to join a multi-level marketing company. She put all her time and energy into learning the business and creating a strong team. She became a millionaire in less than a year.

Bong
Bong is an I.T. professional by day, and forex trader by night. He loves the fast-paced world of currency trading and tells me that it’s normal for him to double his account value every 2 months.

Mariel
Mariel loves to cook. So she created a YouTube channel and uploaded cooking videos. In less than a year, her online recipes started generating six-digit income every month. Plus, she’s now compiling them and publishing a recipe book very soon.

Ruben
Ruben is an electronics and communications engineer who develops mobile apps as a hobby. He created a simple game, which became a hit among casual gamers. In six months, he has earned more than a million pesos from in-app purchases.

Emil
Emil bought a DSLR camera last Christmas, and decided to sell stock photos online. His portfolio became a favorite of digital marketers in the UK and has made him more than a million worth of sales.

Patty
Patty produces handmade papers as a hobby. A friend convinced her to join an export trade fair. During the event, she got more than a million pesos worth of purchase orders from foreign buyers.

The Lessons You Need To Learn

I can go on with the stories, and I have several more people in mind who all earned more than a million pesos in less than a year, with only a few thousand pesos at hand.

So what are the lessons here?

First, realize that opportunities are abundant out there, but you need to open your eyes and look closely to see them.

Second, your knowledge and skills are your best tools in making money. Look for and choose opportunities that will optimize them.

And lastly, understand that there’s no such thing as an overnight success.

They may have earned more than a million pesos in less than a year from very little capital, but it was only possible because they have spent many years before acquiring knowledge and practicing their skills.

Remember that your foundation determines your execution. The more you know, and the more skills you have, then the more opportunities you can seize.

And thus, you can now stop asking how you can turn your P50,000 to P1 million pesos and instead ask yourself, “What do I know, and what skills do I have, which I can use to become a millionaire?”

If it’s hard for you to answer this question, then maybe you should spend more time learning new things and acquiring new skills.