There are two ways to live within your means. The first one is to lessen your expenses, and the second is to increase your income.

It’s easier to cut unnecessary spending, that’s why it’s always my initial advice for people who are having budget problems.

But what if after all the cost-cutting, your income is still not enough to cover your needs? The answer is to find ways to make more money.

However, this is easier said than done.

And for most people, the reason why they’re finding it hard to earn more money for themselves and their family is not because of the lack of opportunities, but because of their poor mindset and wrong beliefs.

Below are ten painfully honest reasons why you’re not going to make some big bucks anytime soon.

1. Because you tolerate being underpaid. 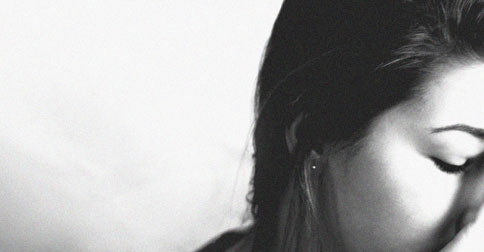 Have you ever accepted a job offer even if the salary’s less than what you need? If yes, then you may have this problem.

A lot of people rationalize being underpaid. Some feel that it’s better than having no job at all, while some say that it’s just a temporary phase and they’ll eventually get a salary increase later.

While that is indeed true, you should realize that accepting a pay cut is a short-term solution to a long-term problem. Your financial troubles won’t disappear as you’re simply delaying them.

I’ve met many individuals who accepted low pays because of urgent financial needs, and that is fine. But then they eventually become complacent about their salary and develop tolerance to it that they’d rather go into debt than seek higher pay.

2. Because you undervalue your output. 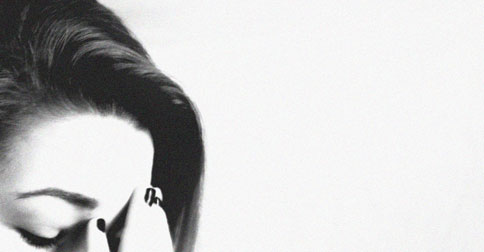 It’s important to be competitive with your rates, but it’s not always good to stay within the average range. If you feel that you should be paid more, then go ahead and ask for a higher price.

A friend of mine has proven in her office that she’s capable of producing better results than most of her peers. And yet, she’s okay with receiving the same salary as everyone else at her level in the company.

“I don’t want my boss to think I’m presumptuous, and I definitely don’t want my officemates to become jealous and spiteful towards me,” she says.

“I understand your reasons but ask for a salary increase anyway because you’ve proven that you’re worth it,” I replied. “Or better yet, look for another company that’s willing to pay what you’re actually worth.”

3. Because you’re always willing to work for free in exchange of exposure and experience. 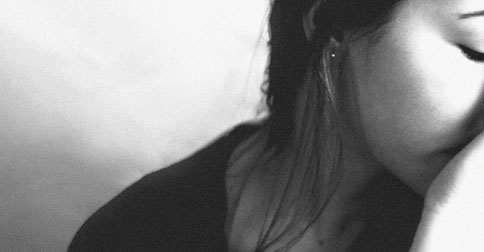 Henry is a professional studio photographer looking to expand his portfolio to include covering events. To gain experience, he accepted a pro bono job offer to shoot a wedding.

A few weeks after, the same client asked if he can cover his cousin’s birthday party for free. He asserted that it will be another event coverage that Henry can add to his portfolio.

When I learned about this, I told him to refuse the offer and give a proposal with discounted rates instead. My argument is that he doesn’t need the experience anymore – an event is an event, regardless of the occasion.

He was hesitant at first but eventually followed my advice. His client was disappointed but his cousin wasn’t, and he still ended up getting hired for the job.

Doing free work for exposure and experience is good, but don’t be afraid to say “No” once you already have it. Step up your game a little and start asking for payment.

4. Because you feel uncomfortable selling yourself. 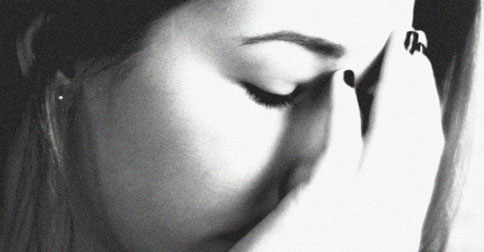 Self-promotion is considered by many as undesirable. But after meeting so many entrepreneurs, I’ve discovered that it isn’t so bad if you know how to do it properly.

For example, imagine you’re at a party when someone goes towards you and says, “Hi! I’m Danny and I’m a digital marketing consultant. Here’s my card.”

This approach is too forward and usually comes across as a bit arrogant. Oftentimes, they’re how some people imagine themselves to be when they promote themselves.

But consider this second guy who simply opens with, “Hi! I’m Joey, nice to meet you.”

And then, spends the next few minutes asking questions and sincerely getting to know you. You’ll inevitably ask a question about him in return, and that’s when he grabs the opportunity to promote himself.

Both guys tried to sell themselves and even used almost the same sentences. But you have to admit that Joey did a better job at it.

So again, self-promotion isn’t a bad thing if you do it the right way.

5. Because you secretly hate rich people. 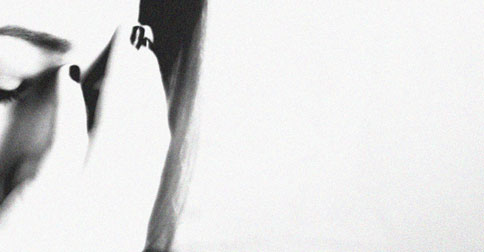 “Rich people are shallow and materialistic.”

“When you’re rich, it’s hard to know who your true friends are.”

Have you ever thought of or spoken these sentiments? If so, then it’s time to change your mindset. When you resent rich people and generalize them with such negative traits, then you’re subconsciously telling yourself that you don’t want to become rich.

How so? Because you don’t want to be thought of and judged that way by others.

Interestingly, I’ve met a lot of good-hearted and generous millionaires, and I believe there are many more of them in numbers than the shallow, materialistic and greedy ones.

So instead of being prejudiced towards rich people, simply focus on emulating their success and you’ll do much better.

6. Because you romanticize poverty. 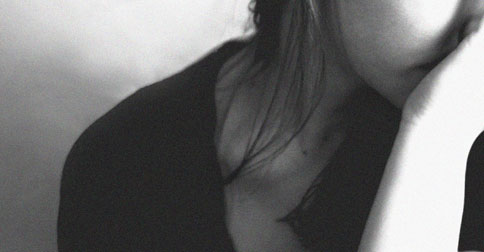 I agree, there’s a lot of things that money can’t buy. But you have to also realize that it’s harder to pursue the things that matter in life if you’re spending most of your time finding a way to eat three times a day.

Money is important and contrary to what some people say, it can buy happiness.

7. Because you put too much value on your college degree. 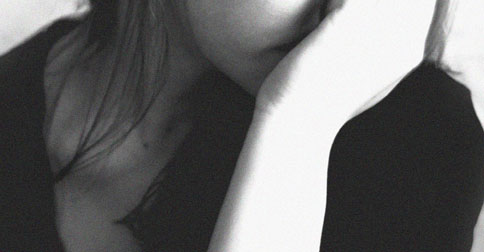 It’s not easy to dismiss your college education. Imagine all the time, money, and effort you’ve spent on earning that degree. Surely, it’s wrong to let it all go to waste.

Well, the truth is, it’s also wrong to stay in a career that’s making you unhappy.

Those four or five years that you’re throwing away is nothing compared to the decades you’ll be spending as a poor and miserable person, just because you can’t accept the fact that you’ve outgrown your first career choice.

Don’t be afraid to abandon ship, if it means coming on board a better boat that offers more opportunities that challenge and excite you.

8. Because you subconsciously sabotage yourself. 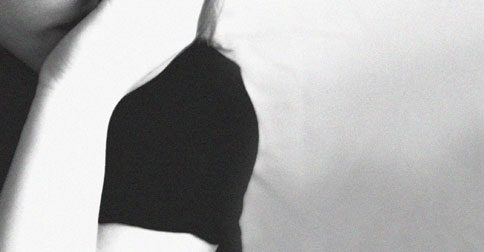 “You may not know it, but I think you like setting yourself up for failure,” I told a freelance web designer friend.

“What do you mean?” he asks, obviously confused.

“You like taking on big projects that you can’t handle. You procrastinate a lot, and justify it by saying that you work better under pressure.”

“But I do work better under pressure,” he defended.

“No, you just like waiting for the last minute because it gives you an excuse to produce less than impressive work,” I countered.

“And if indeed, you do work better under pressure,” I continued. “Then why not set shorter deadlines in your proposals, so you can take on more projects and make more money?”

“So what do you think should I do?” my friend asked in resignation.

“Well, you just have to be more conscious of your actions,” I advised. “Take your responsibilities more seriously or else find another line of work that will inspire you.”

9. Because you’re too kind. 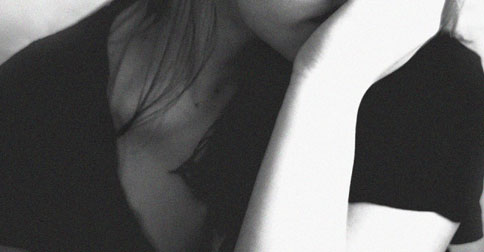 It’s good to help others, but not to the point of becoming a codependent enabler.

Codependent relationships are a type of dysfunctional helping relationship where one person supports or enables another person’s addiction, poor mental health, immaturity, irresponsibility, or under-achievement.

People with a predisposition to be a codependent enabler often find themselves in relationships where their primary role is that of rescuer, supporter, and confidante. These helper types are often dependent on the other person’s poor functioning to satisfy their own emotional needs.

Codependency often involves placing a lower priority on one’s own needs, while being excessively preoccupied with the needs of others.

Codependency can occur in any type of relationship, including family, work, friendship, and also romantic, peer, or community relationships.

Do you find it hard to say “No” to friends who habitually borrow money? Do you often cover for colleagues who are not doing their jobs properly? Do you like it when other people always ask for help from you?

If so, then you might be a codependent enabler. Stop being too kind and start prioritizing your needs.

10. Because you’re stuck at hoping. 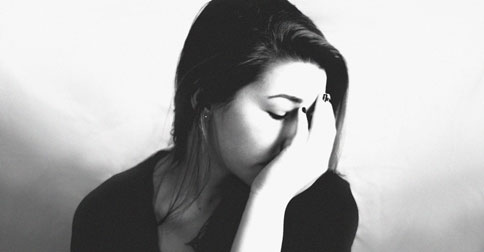 I have a friend who would always complain that his life is going nowhere – that it’s just one giant routine of sleeping, eating, and working.

We spent many weekends drinking while I listen to him share with me his hopes and dreams. He wanted to travel around the world, start his own business, and retire in a big house by the beach.

Almost a decade after, he’s still working in the same office, and still hoping for the same dreams. I think the only thing that’s changed in his life is that we don’t spend time together that much anymore.

I used to give him a lot of advice, but he never followed through with them. He’d make excuses that it’s too risky, too complicated, too hard, too long, or he’s just waiting for the right timing.

He’s all hope, but no action – and I eventually got tired of giving him advice.

You Can Earn More

The biggest difference between high-income earners and underpaid people is the value they grant to themselves.

They strongly believe that what they do is important, so they work hard and always give it their best.

They find ways to continuously learn and improve, and more importantly, they are never afraid to ask for what they deserve.

Yes, you can make more money today, but you have to start from within.