The economy of the country shrank by 0.7% in the first quarter of 2020. And then the GDP numbers for the second quarter show that we experienced a massive 16.5% contraction.

When the economy shrinks for two consecutive quarters, it’s called a recession. And thus, the Philippines is now officially in a recession.

And in case you’re wondering, the last time we underwent a recession was in 1991. A string of natural disasters, the power crisis, and political unrest led the country to that economic event.

For those worried about their personal finance, then read my previous article entitled: What To Do During a Recession to Protect Your Money

Today, we’ll be discussing the difference between a recession and a depression. And also learn a bit about the economic or business cycle. 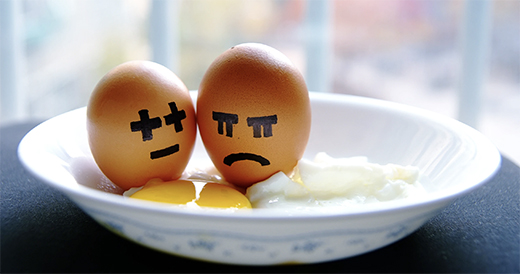 Recession vs Depression: What’s the difference?

Economists differ in their definition of a recession, but the one given above is the most widely accepted — when the economy shrinks for two consecutive quarters.

Meanwhile, economic depression has no standard definition. In several macroeconomic books that I’ve read, an economy undergoes a depression if there are repeated periods of GDP contraction.

On the other hand, I remember my Economics professor telling the class that when the GDP shrinks and the negative effects are mild, then it’s a recession; but if the effects are severe, then it’s a depression.

Personally, my favorite definition of the difference between the two comes from US President Harry Truman. He says, “It’s a recession when your neighbor loses his job; it’s a depression when you lose yours.”

The business cycle, or what others call the economic cycle or trade cycle, refers to the downward and upward movement of the GDP growth rate over many years.

There are different models and classifications to describe the business cycle. But perhaps, the most popular is the one shown below. 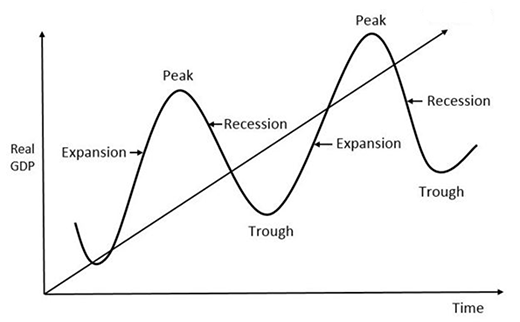 Phases of a Business Cycle

Boom/Peak
The period when the GDP rises higher than its previous long-term trend.

Slowdown
The opposite of Boom, which is the period marked by a decrease in the GDP.

Recession
A period of decline in the GDP, typically for two consecutive quarters.

Depression/Trough
A prolonged period of economic downturn with severe effects on the economy.

Recovery/Expansion
The GDP starts to consistently improve following a recession or depression.

Why is it important to know these?

Knowing these economic terms can help you in making business and investment decisions. You can adjust your financial strategies to take advantage of economic booms and manage risks during slowdowns.

For example, it’s best to be conservative in your investing decisions during periods of recession, focusing on low-risk and income-generating assets. Meanwhile, recovery periods signal opportunities to shift towards higher-risk investments.

But knowing and understanding what’s happening to the economic sea gives you an advantage to better navigate the waters.

So, you may now be asking… what should you do when an economic depression happens? I’ll write about this in a future article. But for now, it’s best to be smart and prudent with your personal finance.

Further Reading: What To Do During a Recession to Protect Your Money