In school, we were taught that making a mistake is bad. If you fail an exam, there’s no second try.

Your teacher might give you a chance to make up for it. He or she can give you some project for extra credits, or allow you to retake the exam.

This would, of course, be different from the first one you took.

Because taking the exact, same test again is definitely out of the question – there are no second chances to that!

And that’s only if your teacher’s feeling generous. Because most of the time, you’ll just have to do better in the next one, and hope you can get a final grade high enough to pass the subject in the end.

Now imagine… what if things were different.

What if when you fail an exam, you are allowed to retake the exact, same test over and over again until you get a perfect score. Wouldn’t that be great?! 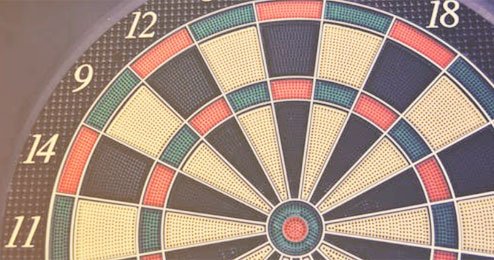 The School of Life

In life, we often live like we’re still in school.

Our goals are like exams we need to pass. So we do our best not to make too many mistakes and fail. Because we believe there are no second chances to taking the exact same test.

But life doesn’t work that way. And I’m a firm believer that when we fail, we always have the chance to take that “exact same test” again and again until we get that perfect score.

No, I didn’t get the title wrong… “fire” really comes before “aim”.

When working on a goal – from simple tasks that we need to do, up to big goals and dreams that we want to achieve – doing the traditional “ready, aim, fire” strategy works.

But reversing the last two steps can also work as well.

Last November, a friend decided he’ll organize a Christmas high school reunion. So he sends out an email to discuss and plan the event.

His first email contained several dates, potential venues, and a range of each one’s possible contribution to the party.

Then, he surveyed his classmates on which date and venue they preferred, and how much cash they are willing to shell out.

Responses came. And my friend had to sort out everything. There were a lot of suggestions that he needed to consider for the event, too.

But after almost two weeks, and hundreds of email correspondences later, everything was finally set. And the reunion was a success.

Everybody enjoyed the night so much that they wanted to meet up again this summer for an out-of-town trip.

The planning started as early as January and my friend used the same approach of suggesting several options for the trip.

However, after a month, the details are still nowhere near to getting finalized. And that’s when my friend shifted from a “ready, aim, fire” strategy – to a “ready, fire, aim” approach. 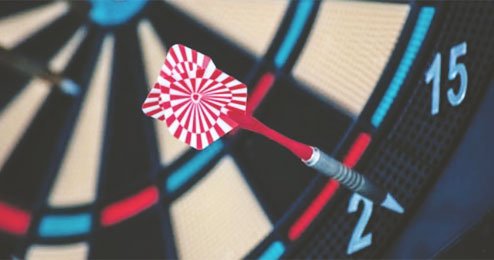 He emailed everyone with an exact date, a destination with a full itinerary, and an exact budget for the out-of-town trip. Towards the end, he only had one question, “Can you come or not?”

Out of his 20 classmates, about half said “Yes”. Those who said “No” offered other dates when they’d be available, while those who said “Maybe” were concerned with the trip’s budget.

His next email contained a different date, a new destination with a full itinerary, and a lower budget. Towards the end, he asked the same exact question, “Can you come or not?”

Around the same number said “Yes”, but the budget was no longer a concern to those who said they cannot come.

He repeated the same process several times until there were no more “No’s”, and only “Yesses” and “Maybe’s”. He made an executive decision and emailed the final details.

Exactly 15 said “Yes”, while the other 5 said that they’ll try to be available. It was a win for the “ready, fire, aim” approach.

Sometimes, we tend to analyze things too much that we end up doing nothing.

We try so hard to come up with a perfect plan that we end up wasting too much time preparing, and miss out on learning faster from experience.

The “ready, fire, aim” approach is a great tool to stop analysis paralysis because it tells us that it’s okay to miss our target.

You can always adjust your aim and try again and again until you finally hit the bullseye.

Remember that mistakes are part of learning, and failures are just little steps of the whole journey to success.

This post is inspired by the teachings of the book, In Search of Excellence: Lessons from America’s Best-Run Companies by Tom Peters and Robert H. Waterman, Jr.