It’s a question that comes up in conversations once in a while: “What would you do if you have only one year left to live?”

Stop for a moment, and say your answer to yourself. Don’t overthink it, and just say whatever comes to your mind first.

The question forces you to consider how suddenly different you would live your life, doesn’t it? It’s a subtle wake-up call that makes you realize the things that truly matter to you.

And here’s the thing… one day, that question will become as real as it can ever be. And the worse part is, you don’t know when that will happen. 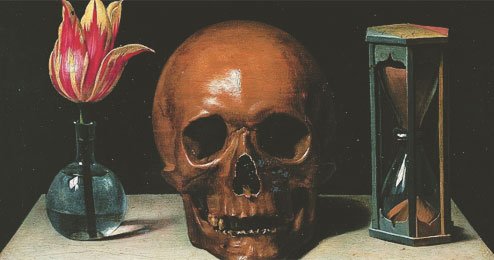 Memento mori is a Latin phrase that means, “Remember that you have to die.” It is the medieval Latin Christian theory and practice of reflection on mortality.

Writer Edmund Wilson once said, “Death is one prophecy that never fails.”

Indeed, every person is born with a death sentence. You never know when it can happen but you know it will happen.

Steve Jobs, in his famous commencement speech, said that “death is the destination we all share. No one has ever escaped it. And that is as it should be because death is very likely the single best invention of life. It is life’s change agent.”

As he would put it later in the speech, “Your time is limited, so don’t waste it living someone else’s life.”

“Don’t be trapped by dogma “” which is living with the results of other people’s thinking. Don’t let the noise of others’ opinions drown out your own inner voice.”

“And most important, have the courage to follow your heart and intuition… Everything else is secondary.”

It makes a lot of sense, doesn’t it? And yet it is so easy to forget it. And really smart humans forget it all the time. That’s why I’m reminding you of this fact right now, as there’s no better time to do it than today.

The certainty of death shouldn’t depress you. On the contrary, it should help you determine what you do, and say, and think every day of your life.

It should make you better. It should let you live more, learn more, and love more.