Investing in Bitcoin, Ethereum, and other cryptocurrencies have been going around in social media in recent months. I’ve had a lot of messages as well about it, asking if it’s a good investment and how to invest in them.

People have acquired a fascination with cryptocurrencies, with Bitcoin rising by almost 700% in 2017 (the year when this article was first published) – and by almost the same rate since the start of 2020.

Because of this, it’s easy to lose focus on the one important investment that always pays off. And that is investing in your skills and education. 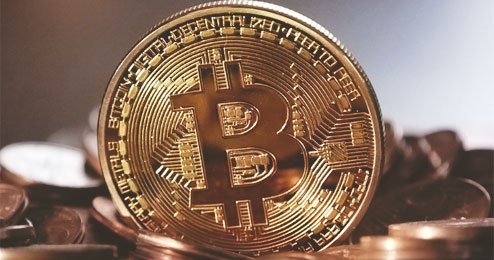 I first heard about Bitcoin in 2013. I was a very active forex trader back then, and cryptocurrencies were a hot topic among currency traders.

I sold all my BTC that month, making almost 1000% profit. Afterward, I never bought nor invested in BTC again. And I’ll tell you why later.

But I want you to know that during this time was when I learned how Blockchain technology works. And it’s also when I became familiar with other concepts such as Big Data and the Internet of Things (IoT).

I am a big fan of Warren Buffett and explains why I never bought into BTC again after making money from it.

Cryptocurrencies rose in significant popularity in recent years. And if you’re keen enough, you’ll notice how greed is now the primary driver for its rise in value.

I’m still an active forex trader, and I agree with most of my fellow traders that it’s now tremendously risky to invest in Bitcoin. That’s why I’m avoiding it.

But more importantly, many point out that one’s potential gains are no longer that lucrative if you enter now because you can earn as much from just trading major currencies or the stock market, which are relatively less risky.

And that’s why I’m not invested in any cryptocurrency at this time. I’m currently putting my money where price volatility is more predictable — major currencies and the stock market.

A Lesson from Seneca

I couldn’t agree more. A lot of my friends said I was lucky to have made money in Bitcoin back then. And it’s the same sentiment I get when I tell them that I started buying Jollibee stocks when it was still P40 per share.

But if you think about it, luck has very little to do with it. It was my curiosity about personal finance and investments that led me to discover these opportunities early.

Forex trading and stock market investments have been around for decades. Thousands of people have been making millions from these markets since the 1950s.

This fact got me curious and led me to studying how these markets work. I invested the time and money to learn forex trading, as well as study stock market investing.

Which has since then, allowed me to make money in these markets, year after year.

And that’s why I believe that the best investment today, as it has always been and how it will always be, is an investment in your financial education.

Final Thoughts: Should you invest on Bitcoin?

It’s up to you. It is still your call.

However, I do follow a strict rule: Never invest in something that you don’t understand.

So even if you’re a high-risk taker, and you still believe that there’s a lot of money to be made on Bitcoin, then please put your money in them only after you understand it.

YouTube alone has hundreds of videos that explain Bitcoin, Blockchain technology, cryptocurrencies, and forex trading. Go ahead and watch them until you can confidently explain how it all works to someone.

If you can’t invest the time and effort to learn, then you’ll most likely lose money if you push ahead. There are now online scams, which are out to get greedy investors looking to join the Bitcoin (and Ethereum) investing bandwagon.

Lastly, because a lot of people have really been asking me how to trade Bitcoin in the Philippines. Then you can go and open an account with the Philippine Digital Asset Exchange or PDAX. Learn more about PDAX here.

They’re the most reliable Bitcoin exchange in the country because they’re regulated by the BSP. So if you want to “get your feet wet” on the cryptocurrency market, then you can check them out.