Recently, I was able to watch Episode 7 of Grey’s Anatomy Season 6 entitled, “Give Peace A Chance”.

The episode was so powerful for me that I can’t help but write about it today.

But first, for those who you don’t know – Grey’s Anatomy is an award-winning American drama television series.

Set inside the fictitious Seattle Grace Hospital in Washington, the show features the colorful and complicated world of surgeons and how they work hard to become the best in their field while trying to keep up with the demands of their personal lives.

Anyway, during the said episode, neurosurgeon Dr. Derek Shepherd (played by Patrick Dempsey) was approached by Isaac, a hospital staff, regarding his spinal tumor.

Isaac wanted Derek to take a shot at removing the tumor which many other doctors have already dismissed as “inoperable”.

Not only is it dangerous but it seems that the only way to take it out is to cut the spinal cord, which would permanently paralyze Isaac’s legs and feet. Watch a short clip of the episode below:

In my life, I have also encountered a similar “inoperable tumor” in the form of credit card debt.

Years ago, my debt was almost ten times the size of my regular income. Collection agencies were calling me all the time and it came to the point where I have gone sleepless for many nights, feeling frightened of what would happen to me in the coming days.

It took me more than two years to get rid of all those debts.

And if you ask me how I did it, I’ll instead give you what Isaac told Derek just before surgery in that episode. 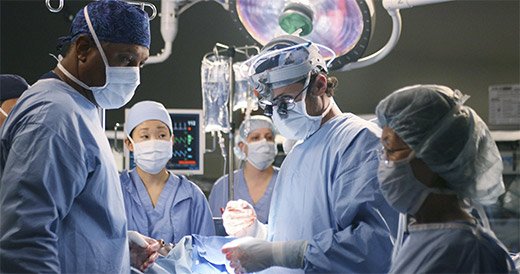 If you get in and it’s too complicated, cut the cord. Paralyze me if you must. I survived a war, did you know that? I survived a war where they put bodies into mass graves where there’s once a playground.

But Derek there is always a way, when things look like there’s no way, there is a way.

To do the impossible, to survive the un-survivable, there’s always a way.

And you, you and I have this in common – we’re inspired.

In the face of the impossible, we’re inspired.

So if I can offer one piece of advice to the world’s foremost neurosurgeon, today if you become frightened, instead become inspired.