Have you ever considered switching careers? I have, several times, from being an engineer to a freelance software developer to finally, an entrepreneur and investor.

Each shift took a lot of courage and planning. And along the way, I’ve made many mistakes which took me very close to quitting and going back to my previous career.

But persistence always won over me. And with enough focus, patience and hard work – I was able to successfully jump ship.

Today, I’d like to share this guest post on how you can also make that big leap forward in your career by leveraging on your skills, talents, knowledge, and resources. 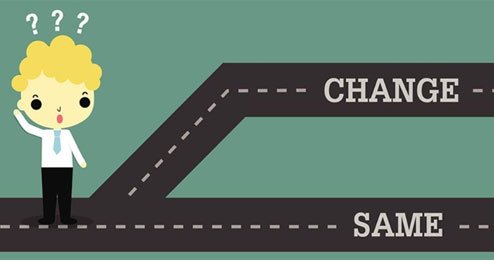 When I realized that my contract as an instructor of freshman composition at a large university would not be renewed last spring, I found myself struggling to come up with another teaching opportunity on short notice.

By spring, many of the university-level teaching jobs were already filled, and there were no openings at private high schools in the area. I could adjunct at community college, but my salary would essentially be halved.

This was an option I did not want to consider. So I risked a lengthy wait until more full time teaching jobs came open.

In the meantime, I decided to try freelance writing to make a little cash on the side, and soon I had parlayed a few part time gigs into a full time position on a contract to contract basis. The job isn’t as stable as I would have liked; however it’s more stable than teaching on yearly contracts as I was doing earlier, oddly enough.

So how did I make the career switch? Here are the steps I took.

Before I could even start looking for work, I had to first review all the skills I used as a composition teacher. I called this a ‘professional review,’ though really all I did was brainstorm as many skills I could think of that I had developed as a teacher, and then I tried to write them out in resume language, using action verbs.

I was good, for example, at all kinds of writing. After all, I had to be in order to teach composition. This was my most valuable skill. The others included my ability to organize my projects and responsibilities, and my ability to communicate well with my students.

Target New Jobs to Apply for

This step was pretty easy for me, though it could be much harder to focus on a new career for someone else. Because writing was my main skill, I looked for jobs that seemed most applicable to this skill. 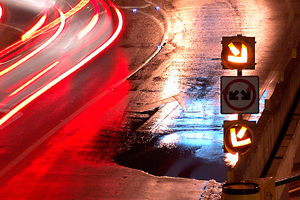 Once I had made my list of skills and settled on freelance writer, I had to figure out how my teaching skills could translate to a job as a freelance writer. As a teacher of composition, I was familiar with all of the ‘way’s and ‘hows’ of writing.

I knew that audience was important, and I knew that writing for a purpose was important. Because I had to teach students about these concepts and work with them through many different kinds of writing tasks, I realized I could apply my own understanding of these tasks to figuring out what a client wanted in a freelance project.

I essentially applied my own teaching of these skills to teaching myself how to interact with prospective clients and market myself as an experienced writer.

Commit to the New Career

Once I had figured out how I could apply my skills to a new career context, I then had to fully commit to seeking out that career. I had gotten one or two good projects relatively easy, so I used these to create a writing portfolio to use when I bid on future jobs. I also explained how my background as a writing teacher gave me an added strength as a freelancer.

Finally, my great organization as a teacher helped me to keep me focused and organized as I applied to the countless freelance jobs out there.

This guest post is contributed by Olivia Coleman, who writes on the topics of online colleges and universities