I’m currently on vacation so I’m letting one of my friends, Carlos, share his story today.

Last year, he wrote an article about credit cards, which you can read here: My Credit Card Story (Part 1).

In that post, he shared how he got his first credit card, and his realization that credit cards are not evil and if used correctly, it can give you financial leverage.

What does that mean – financial leverage? He explains that now below… 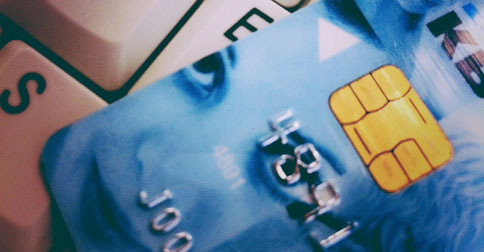 My credit card is the best investment I made this year.

I’m sure to you, that sounds either really stupid or really pathetic. Normally, I would think so too. But since this isn’t the end of my article, obviously I have an angle.

I do, but that’s going to take a bit more explaining, and I’ll need to correct a couple of incorrect advice.

The last time I wrote I guest post here, I audaciously said that my credit card could help me save money.

This is correction #1: Credit cards are not bad; and they can possibly save you money.

Most people look at credit card points and the rewards as a form of savings, if used right. It is – but that’s very small, so I’ve never really bothered myself chasing reward points.

But scouring the different types of cards I saw two that offered rebates. One gave 2% rebate at any grocery (and in some department stores too); and the other one, promised a 5% rebate – but only for a specific store.

As it happened, I was already shopping at that store. It was accessible and the prices are comparable to SM, sometimes even a little cheaper.

So I took that card.

And now you’re saying, “That’s it?! 5% rebate savings is your best investment?!” and you’re again thinking that it’s either really stupid or really pathetic.

But no, that’s not it. And the way I see it, the return on my investment for the year is almost-assuredly higher than your equity fund for the same year. But let’s get back to my story.

When I applied for that new credit card, I surprisingly got denied – twice!

I had a decent salary and good credit card history (I pay as I purchase! They don’t even have to wait an extra day to get my money). I had savings and investments. And yet they denied me and refused to say why.

I was bitter and frustrated, but I decided to keep trying.

I searched online and learned that ifÂ I open a time deposit account with their bank and get a manager’s endorsement then I will instantly be approved. (Apparently regardless of credit history, which doesn’t seem like a sound business practice. But I digress.) 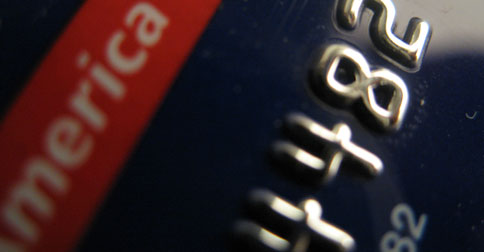 This is where I make correction #2: Don’t use your card sparingly; and certainly not only for emergencies. Use it every time possible, but only if you have the cash to pay it off immediately, of course.

Our grocery budget for a month is P11,000. Unfortunately, only a portion of that gets spent on that specific, rebate-possible store. But my wife was unimpressed with that 5% and is too busy to purposefully visit that store every time. That just wouldn’t work out well.

So I instead took the time to be the main grocery shopper. My wife was happy, I get my rebate and all it took was bit more legwork. I think of it as doing some power-walking and weight-lifting during lunchtime.

And so I made sure that if anything we need is in that store, it will be bought in that store. That’s not always possible though, so only around P9,400 is consistently spent there.

Now this is where thinking differently helps a lot.

I did not save money.

That’s stupid; I was getting rebates right? Sure, but that’s after you spend.

But I did not lessen the grocery budget. Also I did not buy more stuff. In effect I was acting “normally” and accumulating the rebates like they were points.

You’re probably arguing that I’m just playing with words and figures, or I’m just being too smart for my own good.

We can treat this as correction #3: Ending up with more money is the key concept. Terminology is necessary for understanding; not earning.

But really, it’s no different than parking my 15k in a stock or UITF for one year. In both cases I have the exact same principal (P15,000), spend the rest of my money exactly the same (grocery budget) and live the exactly the same way – aside from some lunch break workouts, but it’s close enough.

But I found a way to chase greater returns without taking risk. In loftier circumstances, that might be described as exploiting a market inefficiency. 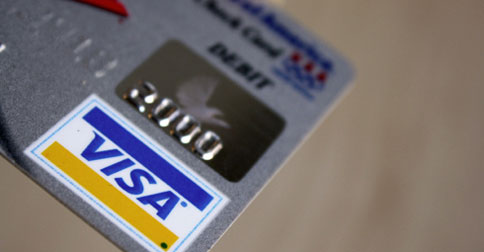 My experience isn’t something that’s widely repeatable, but I believe there’s good value in sharing to you this story.

What we have now, especially the options available to us, are not set in stone. It pays to keep looking and keep thinking. And when we find something that looks worthwhile, we can expect adversity – sometimes a lot heck of it.

It’s generally said (and sometimes accepted) that credit cards are bad and will get you in debt. Using them responsibly usually carries the connotation of using them sparingly. And that higher returns carries high risk; meaning if you want to get better returns, you’re forced to take more risks.

Had I followed those common and well-meaning – but generic – advice, I would not have gotten this “better” deal.Â

That’s why it’s important to understand how things work (especially money), decide for ourselves, and generally – just think.

It pays (to borrow a tagline) to think different.

This guest post is contributed by Carlos, an IT professional and amateur investor dreaming of being an entrepreneur. You can visit his blog entitled, The Personal Finance Apprentice.

Carlos is a financially savvy person, and that’s why he is able to leverage his credit card spending to his advantage.

If you don’t have the habit of saving, still struggling with debt, or cannot even maintain a spending budget, then I strongly advise that you focus on improving your financial habits first.