Despite their global success, companies such as Coke, Jollibee, and many others still spend a lot of money in advertising and promotions every year. Why do you think so?

These brands are already household names. And even if they don’t do any marketing for a year, they’ll still enjoy high sales and profits all throughout, right?

If you’re a sales and marketing expert, then I know you’d probably disagree. It’s because marketing is an integral part of any business.

It is a business activity that never stops. Because no matter how successful you think your business has become, there will always be potential customers out there whom you haven’t reached yet.

Advertising is a form of communication that tells your audience, “Hey! We exist!” or “Yes, we’re still in business!”

Moreover, conducting promotions and special offers do more than just recruit new buyers. It also builds a stronger relationship with your existing clients by giving them “incentives” for being loyal to your brand.

A few weeks ago, I wrote about some simple tips on how to make a marketing plan. I hope you were able to pick a few pointers there.

This time, I would like to emphasize on a very important note with regards to your marketing plan. And that is to be persistent and consistent with it. 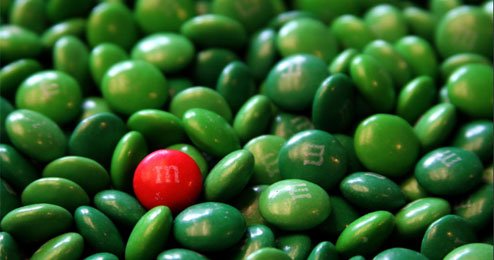 For example, despite distributing hundreds of fliers and buying ad spaces in local newspapers, your newly opened coffee shop doesn’t seem to be getting a lot of customers. What do you do? Drop your prices? Come up with more marketing gimmicks?

Yes, doing those will help. But personally, I’d recommend that you just continue distributing those fliers and buying ad spaces for the meantime.

Remember that no matter how excellent your marketing plan is, there will always be times that it won’t work out as expected. And if it doesn’t, simply commit and stick to it until it pays off.

A well thought marketing plan has no reason to fail except if you drop it; because marketing, just like a tree, usually takes some time to bear fruits.

In the book Guerrilla Marketing by Jay Conrad Levinson, he mentions a guy named Thomas Smith who wrote something very interesting back in 1885. It goes:

What Thomas Smith wrote back then still holds true today. The more often people see your brand, the more they become familiar and feel comfortable with it. And when the time comes that they need your service or product, they will remember you.

So don’t be too quick to abandon your marketing plan. It may be a slow start but if it’s a good plan, then IT WILL WORK.

Give it time. Be patient. Be persistent. Be consistent.