Can an athlete become a successful entrepreneur? My good friend, Alex shares his thoughts with us today.

As a fitness enthusiast, runner, and Muay Thai practitioner, I learned slowly and painfully that success isn’t handed to you. I have been in the backbreaking fitness realm for quite some time and wish to be in it forever.

While surrounding myself with decorated businessmen, real estate moguls, and high-risk stock traders at some point in my life, I’ve seen remarkable qualities in them that are also present in the genes of an athlete.

Here are some reasons why athletes can succeed in the cut-throat world of business.

Athletes were made to compete. All the hardcore training they do, all the suffering they put themselves in, mean nothing when they reach their goal: the ultimate prize.

To them, there’s not one thing more satisfying to hold than the gold medal, the shiny trophy or the championship belt. Some call it passion. We call it obsession. 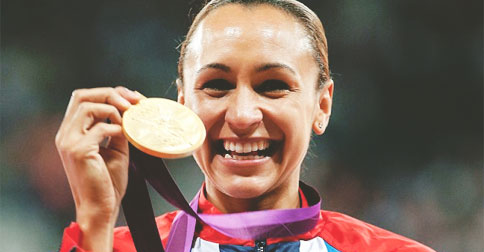 I have yet to see a collegiate basketball player who refuses to join the “big” league (PBA or NBA), or an up-and-coming boxer not wanting to challenge the title-holder. Competition is what excites them, competition is what makes an athlete.

Winners don’t give their best, they do whatever it takes.

As soon as you walk into the business world, you put yourself along hundreds of competitors – all fighting over the market that you want. If you’re not ready to compete, the notorious sharks would eat you alive the minute your foot touches the water.

“Are you crazy?” or “Are you out of your mind?” is what you would usually hear from a kid’s mother when he tells her he wants to drop out of college to “change the world”.

Fortune favors the bold. As we all know, The Forbes List consists of tough people who burned their ships to become what they are today.

No man can serve two masters.

You just can’t be good at two things (not if you want to be victorious at one of them).

Imagine what would have happened if Floyd Mayweather decided to pursue Chemical Engineering after his high school days.

Remember when Michael Jordan played a sport other than basketball? We all know how that turned out. (He still became a legend and the greatest basketball player of all time.)

Only those who have unparalleled focus and burning desire to achieve their dreams are the ones granted of glory.

Most entrepreneurs are awake by 5 AM because they believe they could accomplish more by waking up before the rest of mankind — it gives them a head start.

This is about the same time you would see “Team Pilipinas” athletes around CCP (Cultural Center of the Philippines) begin their early morning jog. 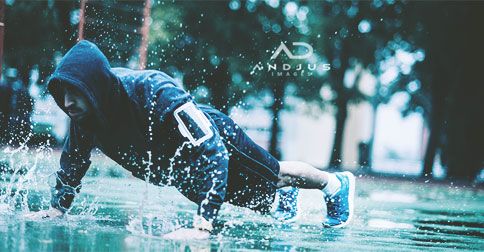 “Discipline is doing what needs to be done, even if you don’t want to do it.” –Zig Ziglar

Successful traders and investors have a plan when buying and selling their stocks. They don’t let their emotions get in the way of objective trading or investing.

Disciplined are the marathon runners who don’t allow themselves to go home until they complete their weekly distance. Whatever their plan is, they stick to it until it’s achieved no matter the circumstances.

Just like any entrepreneur, athletes are not new to facing adversities. Businessmen and athletes don’t know how to quit when it comes to doing what they love.

I haven’t heard of an athlete who stopped being an athlete when he got injured (unless it’s fatal). A fighter’s body may give up, as soon as it does, heart takes over. It’s pretty obvious that it would take more than a broken leg for the UFC fighter, Anderson “The Spider” Silva to quit fighting.

Fall seven times, get up eight.

Relentless is what made Lebron James and his team win their first ever NBA championship. Imagine if they gave up after losing to Golden State Warriors 3-1. Cleveland Cavaliers wouldn’t be what it is today if not for the team’s unshakeable spirit and tenacity.

Most successful businessmen ran at least 2 companies during their legacy. You wanna know why? Because all their past businesses were failures. Did it stop them?

You wanna know how many times the founder of Kentucky Fried Chicken or KFC, Colonel Harland Sanders’ fried chicken recipe got rejected? Or how many times Tomas Edison failed to “light” the light bulb?

5 – They thrive under pressure

Athletes are not robots. They are not some software that’s programmed with codes and no algorithm could decipher what’s on an athlete’s mind.

They’re hardcore training machines that could be unpredictable, too. But when things go awry, you can count on an athlete to turn a sour situation into a winning ball game. Expect them to keep calm under the tightest pressure and execute.

The one winning athlete that comes to mind who exemplifies this trait more than anybody else is Robert Horry. Known as a long-time Laker and San Antonio Spurs forward, he’s arguably the greatest clutch players in NBA history. His expertise is to make shots when the team needed them the most.

He may not be a Michael Jordan or a Steph Curry, but he’s the best forward in his own right. He didn’t earn the nickname “Big Shot Bob” for nothing.

Becoming a CEO demands extreme pressure from all the aspects of your start-up company. Oftentimes, an entrepreneur wears 10 hats. Different day-to-day problems arise from your delivery guy not sending the product on time, to the website having a very slow response time resulting in decreased sales.

You are required to make decisions left and right, within seconds with all your partners and staff depending on you. Successful entrepreneurs are known for their ability to keep their businesses running under intense pressure.

6 – They seek help from others

Aspiring champion athletes know that they can’t make it to the top alone — that’s why they surround themselves with people better than them.

They make it a habit to associate themselves with individuals who possess the same burning desire but stronger, more agile, have more panache, and have been in the game for so long that they know the way or have already been on the road to success.

Manny Pacquiao has been known to bring in decorated boxers in his training camp to help him viciously prepare for his fights. Among his sparring partners were Amir Khan (WBC Silver Welterweight title), Shawn Porter (IBF welterweight title), and Ray Beltran (WBC-NABF title) to name a few.

In entrepreneurship, there’s this one person who has “been there and done that” and whom you look up to, your mentor. He has gained a lifetime of experience that you won’t ever learn in any school, he has walked the talk.

If you’re lucky enough to have a proven mentor who guides you on your journey, your chances of “making it” in the business industry skyrockets.

Besides having someone help them reach their goals, one other thing common between athletes and businessmen is their insatiable appetite for learning.

They go to seminars, study other people and a vast majority, if not all of them, are serial readers. If there’s one thing I admired most about successful entrepreneurs — it’s their willingness to improve, that drives them to not stop advancing their skill set.

About the writer: Skinny Guy Alex
I’m just a skinny guy who loves exercising, running, weight lifting, Muay Thai and everything that makes my heart beat fast because fitness is forever! Visit skinnyguyalex.com for your dose of fitness tips, motivation, and my gym experience.