The use of colors has always been an effective marketing strategy.

A strategy which the front-runners of the Philippine Presidential race has effectively been doing for the past few months.

So strong is this affinity that I actually know people who would regularly don the colors of their candidates to show their support.

Meanwhile, some would wear anything BUT the colors which represents the candidates they don’t like.

And lastly some, would just try not to dress up in any of the campaign colors at all for the primary reason that they don’t want to be teased or asked about their political preference.

Admittedly, I belong to the last group – those who are almost always wearing brown, white or black nowadays. 😀

But don’t get me wrong, I am not apolitical. It’s just that I prefer to discuss my political inclinations only with my family and closest peers. 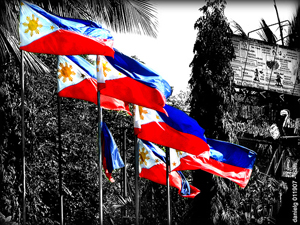 Anyway, the real reason for my writing this post is that – as I was trying to sort through the various online information about the Presidential candidates – I suddenly wondered if any of them knew what their campaign colors represent.

Was their color decided on whim? Simple personal preference? Or was there psychology involved?

I went back to my old post, Using Color Psychology For Effective Business Marketing and read the typical impressions that one would associate with a brand using a particular color.

With some more research (mainly through Wikipedia and various Psychology books), here’s what I’ve gathered:

YELLOW
Represents optimism, intellect, spontaneity and energy. Yellow was the political symbol which tells the story of the Chinese reunification and of course, the historic 1986 Philippine People Power movement.

GREEN
Represents growth, harmony, freshness and good health. Green, as a political ideology, symbolizes a belief in environmental goals, and on achieving them through broad-based, grassroots, participatory democracy.

And now comes an interesting question: If you were to base your decision solely on what the campaign colors of the candidates represent, who would you vote for as Philippine president on May 2010?

Blog Owner’s Disclaimer:
This blog is open to all, and is currently showing political ads from various candidates of the upcoming 2010 elections. The ads were placed through various ad networks which I work with.

Any political ad you see in this website should NOT be interpreted as an explicit support for the shown candidate. For the record, I still haven’t decided yet who to vote for.

Lastly, I would like to encourage all my readers to please make an informed and rational decision when choosing who to vote for on May 2010. Thank you.