“Instead of asking how to become rich, ask how you can become not poor.”

I wrote this line in my ‘ideas notebook’ several months ago. I can’t remember anymore exactly where I heard it, but I’m pretty sure it’s from one of the podcasts that I listen to.

What I do remember though, is how I felt when I heard this line.

We are so obsessed with becoming rich that we ignore an important prerequisite to wealth, and that is to learn how to spend less than what we earn.

Hearing this idea gave me an enlightened perspective on money. At first, it felt so simple, even trivial. But the longer I thought about it, I realized how powerful it can be to look at personal finance from this direction. 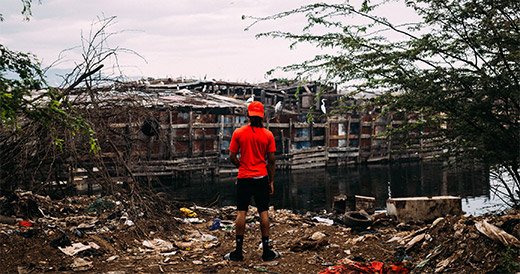 Is there a difference?

But there are subtle distinctions.

For example, working at a job that they don’t like, is not something that a person who wants to become rich would do.

They’d probably find another work that could give them better opportunities for career advancement, or maybe they’ll find a way to quit and start their own business.

However, someone who’s working to simply avoid poverty would be fine to stay in that job. They’d be diligent at saving money instead. And unless it has become necessary, they’ll avoid venturing into entrepreneurship.

Another example would be their attitude towards investing. Someone who wants to build massive wealth will actively seek investments with high returns.

Meanwhile, those whose priority is financial stability would choose investments that could just, at the very least, beat inflation.

Isn’t it better to work on becoming rich instead?

From the examples that I mentioned above, it seems that having the mindset that seeks wealth is better. And I agree, it is better.

That’s the reason why most people adopt this mindset. And why money articles, wealth seminars, financial advisors, and various others, focus on this type of messaging.

Encouraging people and giving advice on how to become rich sounds more appealing. Building massive wealth is more thrilling and exciting. It’s an aspiration that can easily move people into action.

But also, as I’ve heard from more than several people whom I’ve talked to during financial consultations, this mindset can be overwhelming. The pressure to succeed can sometimes feel like a heavy burden.

And that’s why it struck me when I heard it… “Instead of asking how to become rich, ask how you can become not poor.”

Because I realized that perhaps, that’s what those more than several people needed to hear at that time, in order to help them feel better and stronger.

It might exactly be the mindset that they have to adopt first before they could work on becoming millionaires. 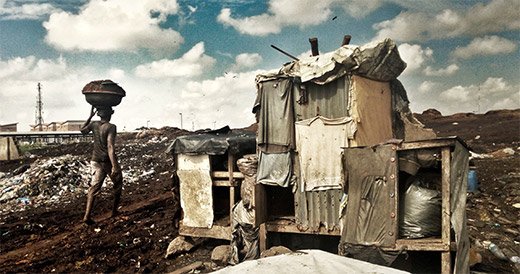 It’s the first step, but not the last.

The first step to becoming rich is to avoid becoming poor.

Simply focus on earning income, following a budget, and saving money. Live a healthy and frugal lifestyle. Be productive with your free time. And just work on achieving financial stability.

If you’re struggling with your finances, then that’s all you need to do.

Turn yourself away from that goal of becoming rich. Don’t worry about investments. Spare yourself from the pressures of entrepreneurship. And just think about these things much later, after you’ve mastered the basic skills of saving and budgeting.