Watching a movie is one of the most common activity we do with friends and family. It’s a great way to spend time with them, and do some bonding.

Personally, going to the cinemas has been my way to unwind after a busy schedule. For a few hours, I escape reality and immerse myself in another world. I guess there’s really truth to the saying, “Relax. See a movie.”

My habit of regularly watching movies started when I was in college. I lived in a dormitory just a few steps away from the university cinema, the UP Film Center. So there was no need to go out of the campus and visit the mall.

Everyday, there’s a new film showing in that place – from the most recent box office hits, to film classics, and even the most sought after uncut versions of controversial films. It’s no wonder I became a movie buff.

Through the years, the costs of going to the movies had significantly risen. That’s why I make sure that I plan my expenses, so that I would always have budget to go to the cinemas.

Furthermore, I have also been able to come up with some simple ways to lessen my spending without compromising the entertainment value of my movie experience. Below are my proven tips: 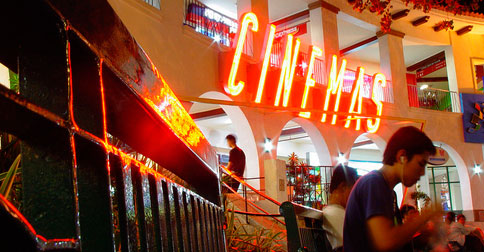 Read the critics and solicit movie reviews from friends

It’s frustrating to watch a bad movie. So it’s good to know what others think about a film before you see it. There are a lot of online movie reviews available, search and read what the critics say – just be careful not to stumble into spoilers, which could ruin the story for you.

Perhaps a better idea is to ask people who had seen the movie about their recommendations. However, I would advise you to ask the opinion of those whom you share the same interests and have similar tastes when it comes to movies.

Be aware of free screenings, ticket contests, and movie promos

I’m fortunate to have a friend who works for a radio station because I usually get free advance screening tickets. However, if you don’t know anyone from the media, you can always join contests and participate in promos to get a chance to win complimentary movie tickets.

Moreover, read the newspaper and online entertainment forums for free screening schedules in your area. Specially watch out for film festivals where you can catch independent and art films at minimal cost.

Rent the film and just watch at home

Watching at home with friends can be more fun than going to the cinemas. I’ve spent numerous weekends with mine doing movie marathons. It’s really a lot cheaper. Furthermore, I believe that some films are better seen at the privacy of your own home.

I watch movies filled with heavy drama alone in my room so I could cry during heart breaking moments without the need to feel embarrassed. Also, I prefer just renting out “guilty pleasure” films. These are movies which most people say they don’t want to see but secretly wishes otherwise. I know you know what these movies are.

I’m a big fan of the “first full show”. Yes, I try to avoid the night schedule because this is when most people go to watch movies, thus cinemas tend to charge premium fees for the tickets.

Some local theaters offer cheaper prices for the mid-day and afternoon screenings. Try to take advantage of these. Also, watch films several days or a week after its release. Cinema houses tend to lower ticket prices for movies that have been running for some time already. 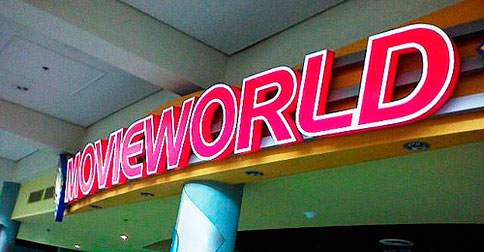 This is a technique I always use to save me some money when going to the cinemas. I check online or call the cinemas to know the exact screening schedule of the movie which I’m planning to watch, because it helps me avoid wasting long hours waiting for the movie to start.

Since most of the movie houses in the Philippines are inside the mall, coming on time gives me no excuse to walk around, and window shop. Thus, I avoid the temptation to buy something impulsively.

Some cinemas offer bulk ticket prices for groups while some have loyalty memberships cards which you can use to avail special discounts. In the Philippines, Ayala Cinemas have the M-Pass card while SM Supermalls sell lower ticket prices to SM Advantage members.

Ask your favorite movie house if they offer any. Most of the time, these privileges are not largely advertised and you’ll be surprised that they exist. But of course, always remember that there are Senior Citizen and PWD discounts.

Bring your own snacks

I’m sure you’ve noticed that the snacks being sold at the cinemas are really expensive. If you want to save money, come a little early so you’ll have time to buy them at the grocery, where it’s cheaper.

Better yet, make some sandwiches at home and just bring those to the theater. Probably the best way to be frugal about this is to simply watch without snacks. I do this sometimes, actually. Yes, it may be a little boring to see a movie without some munchies, but it isn’t all that bad.