Paying taxes has never been a favorite task among Filipinos. However, it is a duty of all citizens of this country.

My personal view has always been to be content about paying taxes, because it is but a great indication that I am a productive individual who’s capable of earning money on my own.

Moreover, as a financial planner, it is my duty to find ways to legally minimize the taxes that my clients pay. And that skill can only come from having a good grasp of our taxation laws.

Today, we have a contributed article from Danella, which briefly enumerates the tax reforms that we should watch out for this 2015, especially for entrepreneurs. 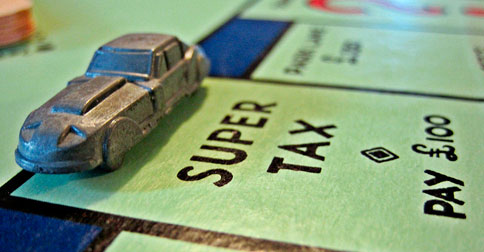 In a bid to increase the ordinary worker’s take-home pay, the Philippine House of Representatives is seeking to pass a bill to lower the income tax rates.

However, according to the Chair of the House Ways and Means Committee, Marikina Representative Romero Quimbo, the original target date of June 11 will be moved to the end of the year instead.

Businesses need to stay informed with these expected tax reforms, as these will affect their employees’ salary computations. Currently, there are 13 proposals being studied, with three from the Senate and ten from the Congress.

To give you an idea with what to expect, I’ve come up with a list of some of these proposals.

There are ten (10) measures filed by the House of Representatives and here are some snippets on what to expect from 5 of these proposed bills.

House Bill 4099 – Rep. Magtanggol Gunigundo (2nd District, Valenzuela City)
Gunigundo proposes to lower individual and corporate income tax rates to 15% from the current 32% and 30%, respectively. He’s expecting this to result to a reduction on the number of Filipinos not paying taxes, as lower taxes mean higher levels of compliance.

House Bill 4849 – Bohol Rep. Arthur C. Yap
Under this bill, minimum wage workers will continue to be exempt from income tax. It seeks to revise Section 24 (A) (1) of Republic Act No. 8424 (National Internal Revenue Code of 1997), as amended by Republic Act No. 9504 to lower the taxes on the low-income earners, allowing them to have a higher net income, thereby increasing their purchasing power.

The three proposed bills from the Senate agreed that “the present value of money was only half of its worth in 1997,” which makes it a necessity to implement certain tax reforms. 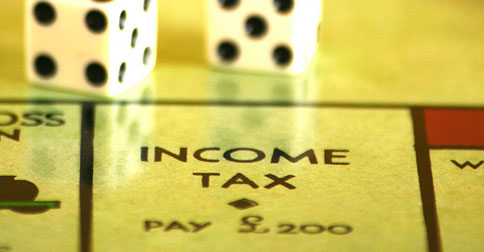 It also proposes to index the net taxable income levels and nominal tax rates automatically to inflation every six years, without the need for legislative action.

SB 1942 – Senator Paolo Benigno Aquino IV
According to this bill, tax rates should be adjusted every six years “to its present value using the Consumer Price Index, as published by the NSO”. Those earning below P60,000 a year are exempted from tax.

SB 2149 – Senator Juan Edgardo Angara
The bill seeks to reduce the country’s individual income tax rate from the current 32% to 25% by 2017.

These tax reforms strive to increase the spending power of the Filipino as well as to make their lives better. However, all these changes can become confusing for businesses and employers.

To have a better understanding on how this can affect your business and what you have to do to ensure proper compliance, consider seeking help from reputable accounting services in the Philippines.

My company, Full Suite, provides this service, and you can learn about it here.

This article is written by Danella Yaptinchay, the managing director of Full Suite, a service company providing back end support to small businesses. She is a cofounder of Co.lab, a coworking space, and of the media company Homegrown.ph. In constant pursuit of balance and self-development, she tries to apply the practices of yoga to her daily life.