Someone, I know recently accumulated more than P40,000 in debt. That total is divided by P20,000 as credit card debt and the remaining half as a personal loan from a friend.

His younger brother had a medical emergency and, being the sole breadwinner of the family, he had to shoulder all the expenses. Thus, the need to borrow money.

Even though he had an emergency fund, it was not enough to cover all the hospitalization expenses and the cost of the medicines. 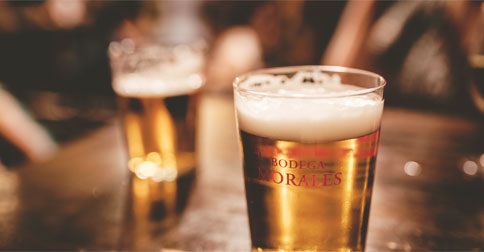 I was able to talk to him a few days ago, and the conversation was a fascinating one.

Specifically, it made me realize that being financially smart is not necessarily always, objectively following the numbers.

What do I exactly mean? Well, just read this part of our conversation that night, which went something like this:

“It’s a good thing that my friend, John, was able to loan you out the money you needed,” I said.

“Yeah, he’s a lifesaver,” he said. “The money came from his own emergency fund, and he even said that I could just pay whenever I can without interest.”

“That’s great to hear,” I answered.

“I’ve been over my finances lately and I think I’ll be able to manage and save around P5,000 each month,” he stated matter-of-factly. “Given the monthly minimum payment of most likely around P1,500 for my credit card, I’m expecting to be able to pay him fully within 6 months.”

“So you’re planning to pay him first instead of your credit card?” I asked. “But you’ll accumulate interest fees.”

“I know,” he answered. “But I’m not really comfortable with owing someone money. I know my loan to him is interest-free and all, but I think the friendship is more important than the extra money I’d have to pay to the credit card company.”

At this time, I was listening in silence. I know he had something more to say and was just gathering his thoughts.

“I know it’s not really what you can say financially smart to do that,” he continued. “But I believe that paying our friend first is the smarter option to do, in the overall view of things.”

If you were in his situation, would you have done the same thing? After some thought, I think I would, too.