“If wealth was the inevitable result of hard work and enterprise, every woman in Africa would be a millionaire.”

That’s a quote from political activist, George Monbiot. And sadly, I agree with him that it takes more than just hard work to be successful in business or life in general.

Unfortunately, we’re often led to believe that all we need to succeed in life is hard work, or grit, or any of its synonyms. That we should never give up on our dreams and always do our best if we want success to happen.

However, the truth is that life is unfair and hard work alone will not make us wealthy and successful.

When people realize this, on the other hand, they start to think that perhaps success is just pure luck. And those who become rich were just at the right place at the right time.

While there are indeed stories of people who were just plain lucky to stumble upon a life-changing opportunity, I believe that success is more than just sheer dumb luck.

In the book, The Unfair Advantage: How You Already Have What It Takes to Succeed, authors Ash Ali and Hasan Kubba wrote an excellent formula for success. They say that:

In this formula, fair play refers to the stuff that all of us are capable of doing such as working hard, being determined, having perseverance, practicing grit, etc.

The unfair advantage, on the other hand, is what gives a person the competitive edge to succeed. It’s what makes them unique and the reason why they can pull ahead of others, even though others are as hardworking or as determined as them.

Let’s re-imagine Aesop’s fable, The Hare and The Tortoise. Originally, the tortoise won because it didn’t give up and just worked on making steady progress while the hare was arrogant and overconfident.

But what if both of them were focused and determined to win the race, the hare would definitely win, no matter how many times they do the race because it has the unfair advantage of speed. 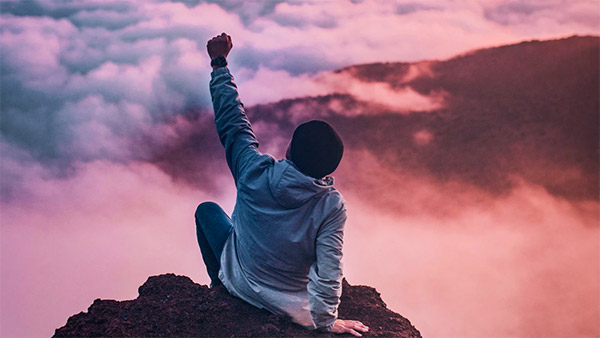 So what are the unfair advantages that people have which help them to become successful?

The answer is the MILES framework, which stands for Money, Intelligence/Insight, Luck/Location, Education, and Status.

Money
Of course, having money or being born to a rich family is an unfair advantage.

Taylor Swift is a talented singer and composer, but I’m sure it was easy for her to pursue a music career because her parents are well-off.

Intelligence or Insight
Having a high I.Q. is an unfair advantage. Bill Gates is very intelligent. He didn’t drop out of Harvard because he can’t keep up with his academics, but because he wanted to build Microsoft already.

Aside from academic intelligence, being insightful or perceptive can be an unfair advantage as well. The ability to deeply understand things can lead you to discover opportunities that others don’t see.

Ray Croc was a salesman when he luckily received an order from Richard and Maurice McDonald for eight mixers. Curious as to why they needed so many, he went to the store and that’s when he saw the fast and efficient food preparation process that the brothers developed.

Inspired by what he saw, he approached the brothers and pitched the idea of franchising the McDonald’s business.

Education / Expertise
Larry Page and Sergey Brin, founders of Google, are both from Stanford University which is well-known for engineering, computer science, interdisciplinary studies, social sciences, mathematics, and statistics.

The idea for Google’s search algorithm has its early beginnings from a paper which the two authored for their Ph.D. studies in Stanford entitled, “The Anatomy of a Large-Scale Hypertextual Web Search Engine”.

Status
In March 2019, Forbes dubbed then 21-year-old Kylie Jenner as the world’s youngest “self-made” billionaire. But let’s be real, it was easy for Kylie Cosmetics to succeed because Kylie leveraged her celebrity status to sell her products.

If you want to succeed in life, then it’s important to work hard, be determined, be persistent, have grit, and all those fair play qualities in terms of mindset, habits, and discipline.

After which, it’s important to next find which of the five unfair advantages do you already have or you can easily acquire.

It would help to have more than one of the unfair advantages, but all you need is just one to have a significant chance of succeeding in life.

Among the five, I believe that education and expertise are the easiest to acquire because it’s deeply connected to having a growth mindset, which can be considered as fair play.

And as I always say, your education determines your execution — the more you know, the more options and opportunities you will be able to see.

Do you agree with the formula above? If so, then what do you think is your unfair advantage?