You don’t have to wait for your Christmas bonus or 13th month pay to invest because a lot of companies have now lowered the minimum investment required for you to open and top-up your account.

For example, you can now start with as little as P1,000 in COL Fund Source or Seedbox, which are online investment platforms for mutual funds. Moreover, commercial banks like BPI and BDO also have investment plans that only require at least P1,000 to begin.

These are just a few of the several companies in the country today, which have made it easier to open an account. And with such a low amount, it’s now a more achievable goal for everyone to start investing. 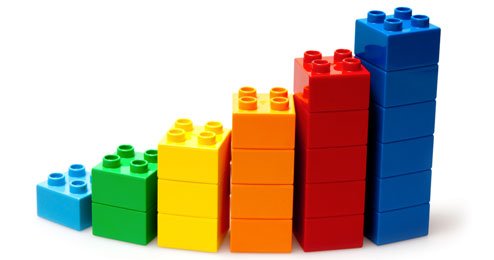 Have a good start

Opening an investment account is almost similar to opening a bank account for the first time. A lot of forms must be filled out, and several documents need to be submitted.

Most people get turned off during this process, and don’t finish the application. It’s unfortunate because they’re missing out on a great opportunity to grow their wealth through investing.

But for those who were patient enough, they’re definitely off to a good start towards becoming financially free. And it’s an absolutely great feeling when you invest your money for the first time.

Make it a habit

Opening an investment account is just the start. What many fail to do is being consistent with investing and making it a habit, which is the proper way to really grow your money.

Just think about this…

Not only is investing P1,000 monthly faster, but it’s also more realistically doable.

You may not have P100,000 right now, which you can invest for the long-term. But I’m sure you can definitely afford to invest P1,000 every month for the next several years.

Investing regularly, even if it’s just a small amount, will build up to a massive amount in the future. Plus, you won’t feel stressed about cutting out a large portion of your budget for your daily expenses because it’s affordable.

And while 23 years is still a long time to wait for a million — the real goal is to eventually invest more as your income increases over time.

Whether you’re doing peso cost averaging or simply investing whatever amount you can afford regularly, you’re already financially ahead from someone who never started.

And you’re a step faster to becoming wealthy than someone who invested just one-time and never again.

Remember that being consistent is the key. Investing should be a habit, because like the Egyptian pyramids or the Great Wall of China, wealth is often built one brick at a time, and not all at once.