I also know how to play the piano, the guitar, the harmonica, and numerous other musical instruments.

Again, I’m not good at any of them, but give me a song and I can probably play part of the chorus decently after a few minutes.

This skill is not a unique talent, I actually know several people who can do the same thing.

They and I, are not really musicians, and most of us didn’t go through any formal training either.

In fact, the closest thing I had as a music lesson was from my aunt, who taught me how to play “Do Re Mi” from the Sound of Music on a toy piano when I was six years old.

Each day, she’d teach me one line of the song, and I’d have to progressively memorize each note until the time came when I can already play the whole song on my own.

This experience, one which I still hold dear as a memory, is the seed which planted my lifelong interest in music.

An interest which encouraged me to join our local church choir, where I eventually learned through careful watching and self-study – how to play not just the piano, but also the guitar, the drums, the tambourine, the flute, and the harmonica. 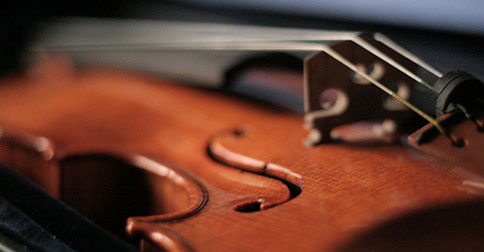 Back in college, I had a dorm mate who knew how to play the violin. She’s a music major and on rare occasions, she’d bring it out and practice some songs at the dorm lobby, much to the delight of us, her co-residents.

One time, she was feeling a bit generous and asked us, her curious audience, “Does anyone want to try?”

She patiently guided everyone on how to hold and play it properly. I eagerly watched and listened to her instructions. When it was my turn, she looked at me and asked, “Do you know how to play any musical instruments?”

“Yes, the piano and the guitar,” I replied.

“Well, that means you basically know how to play the violin already,” she said in a matter-of-fact tone.

She told me the notes of the four strings and guided me on the proper way to hold the fiddle and move the bow across the strings.

With my knowledge of playing melodies on the piano, and the finger dexterity I learned from the guitar, I slowly moved the bow and began to whisper along with the notes that I played, “Doe, a deer, a female deer. Ray, a drop of golden sun…” 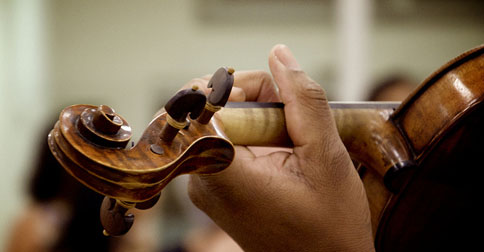 The answers are a bit longer, and more complicated than how I learned how to play the violin. But the start of the story is always the same.

I first learned the basics… the “Do Re Mi” of wealth, which is: paying yourself first, spending less than what you earn, and living with an abundant mindset.

What to do next: Click here to subscribe to our FREE newsletter.
———
Photo credits: Alice Carrier and Rafael Soares