I was walking out the university building, wondering where to go next, when suddenly a deep voice from behind me called out my name. I turned and saw that it was Bill Cosby. I smiled back and waited for him so we could walk together.

“How’s your day so far, Fitz?” the legendary comedian asked.

“I’m doing fine Bill. How about you?” I inquired back.

“Oh, same old stuff – nothing new to brag about. Let’s grab some coffee?”

As Bill and I walked towards the nearest cafe, I can’t help but wonder if all these is really happening. The last thing that I could remember was popping an antihistamine and some other meds for my flu just a few hours back. Hmmm, I guess that answers my question. Interestingly, I’m enjoying this dream quite a bit so I decided to play along with it for awhile and told myself to remember as much detail as I can.

“How’s your students?” Bill asked me while I was enjoying the warm breeze of the afternoon.

“What?” I was caught off guard with his question.

“You’ve been teaching in the university for quite some time now and I’m interested to know how your class is responding to someone who looks more like a student than a professor,” Bill explained and then he added, “That’s a compliment, by the way.”

There was a bit of confusion on my part but then I understood. I used to teach Calculus to freshmen students in my university so I guess this dream is set during that time. “I don’t really mind actually,” I answered Bill. “I believe that one must be willing to learn if one wants to teach. And at this point in my life, I’m actually more of a student than a professor. I may be the teacher in the class, but in reality, we are all students and learning from one another.”

“An unlikely answer from a Math professor, must be the idealism of the youth speaking, ” Mr. Cosby softly breathed out while showing me to his favorite table at the cafe. The waiter came and gave us the menu. Bill refused to take one which meant he’s ordering his usual coffee. He waited for me to scan through the unfamiliar menu and then he asked, “What would you like to have?”

“I don’t know,” I answered. “I guess I’ll just have hot ginger tea to ease my colds.”

“But you’re not sick,” Bill interjected.

I was about to disagree and say that I’m down with a flu in real life but then I feared that the dream might end. So I just smiled back and changed my order to a latte. In what seemed to be an instant, the waiter came back with our coffee.

“A penny for your thoughts,” Bill was asking me to share what I was thinking. The silence between us must have dragged on needlessly as I was lost in my own thoughts in this dream.

“I was just thinking about my blog,” I answered honestly. “I can’t write as often as I’d like to and I’m afraid people might get tired of reading it someday.”

“People can be more forgiving than you can imagine,” Bill answered. “It actually doesn’t matter if you write everyday, once a week, or just once a month – just as long as you write. Don’t be too hard on yourself, let go and just do what you think is important. Don’t be afraid to lose your readers, you’ll gain new ones along the way, what’s important is that you remain focused on your goals.” 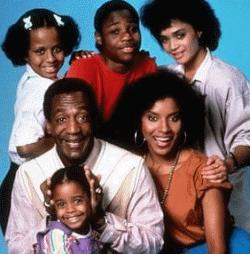 “I learned this from The Cosby Show,” Bill continued. “If I let myself be affected and go crazy over the ratings, the marketing and the politics of show business, I won’t be able to accomplish much with the show. So what I did is I focused on my goals and tried my best to educate about families and relationships in every episode. And that’s how I got by all those years with the show.”

“Thanks for the advice,” I replied. “Hey, wasn’t it you that originally said that in order to succeed, your desire for success should be greater than your fear of failure?”

Bill laughed for a while and said, “Yup, that’s me. Words of a genius ain’t it? I also claimed that the key to failure is trying to please everybody, so I want you to remember that too.” He took a sip from his cup and then continued to speak, “But you know, these words came after years of studying and learning. These same realizations will naturally come to you when you start to take each day as an opportunity to learn and make yourself better.”

The dream ended at that point and my consciousness came back to reality. For a few moments, I laid on my bed and thought about that conversation with Bill Cosby that I just had. I realized that a lot of the things he said were actually his, as I can recall reading about them. It was just plain odd to dream about this guy at that moment but at the same time, I’m glad that I did.

For more inspirational stories, subscribe to Ready To Be Rich.

———
Photos courtesy of gawker and Melanie