A friend asked me this question and I thought it would be good to share the answer here.

Honestly, I had the same concern a few years back and was able to immediately get the answer after a couple of searches online.

But of course, I wouldn’t want you to leave this site so I’m giving you the answer below.

So again, why can’t the government, particularly the Central Bank of the Philippines, just print trillions of P1,000 bills and give them to all the poor people?

First, because that would make all the rich and middle-class people angry, and they would surely demand to be given those bills too.

Second, giving poor people tons of money won’t guarantee that they’d spend it wisely. If having millions automatically guarantees you’ll stay rich for the rest of your life, then why do some lottery winners go bankrupt after a few years?

Third, and probably the main reason why you can’t just print money and give it to everyone is that hyperinflation will happen. 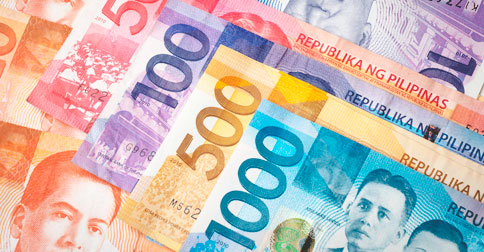 Hyperinflation In A Nutshell

Imagine that you’re an entrepreneur who runs a restaurant in a small town. One day, Henry Sy arrives and gave everyone 10 million pesos. Suddenly, everybody starts eating out because who wouldn’t?

Your restaurant will probably be so busy catering to all the hungry townspeople that you would be forced to work harder than you usually do to keep up with the influx of customers.

But you don’t want to work harder because you too, of course, received 10 million pesos. So what do you do?

The easiest solution is to raise the prices of your food.

What used to be your P80 plate of spaghetti, you would probably now sell for P800 because you know people can afford it, right?

This means, if the government starts printing more money and gives it to everyone, then the prices of goods and services in the country will dramatically increase, and the value of our currency will drastically fall in the global market.

Of course, this is just a simple explanation and many factors are involved here. But I know you get the point why it’s a bad idea for the government to just give everyone lots of money.

Hyperinflation In The Philippines

Has hyperinflation happened in the country before? The answer is yes!

The fiat money was dubbed “Mickey Mouse Money” because it is similar to play money and is next to worthless. Survivors of the war often tell tales of bringing a suitcase or bayong overflowing with Japanese-issued bills.

In 1942, the highest denomination available was 10 pesos. Before the end of the war, because of inflation, the Japanese government was forced to issue 100, 500, and 1000 peso notes.

So now you know why the Central Bank of the Philippines can’t just print more money and give it to everyone.

Learn more interesting stuff about money, like how to beat inflation and become wealthy, by subscribing to Ready To Be Rich.