Heading north of Metro Manila might prove to be a good starting point if you’re searching for affordable properties where you can live in.

Even if you couldn’t afford to leave your job in the metropolis, properties at the north of Metro Manila remains to be a good option, which refers to the nearby provinces of Bulacan, Pampanga, and even Bataan.

Let’s check how much are the current prices of properties in these locations. 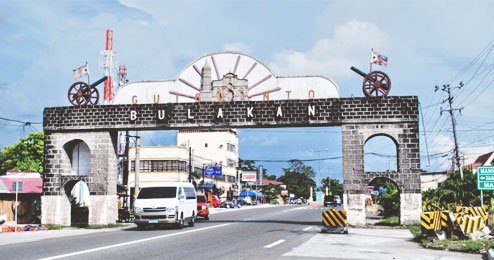 In Bulacan, for instance, a check at Lamudi’s website lists residential properties for around PHP 900,000 for a 2-bedroom townhouse in San Jose Del Monte.

The average price range for a 2-bedroom or 3-bedroom house and lot is anywhere from PHP 1.5 million to a little over PHP 3 million.

If you don’t mind commuting a bit longer and farther and you have more than enough money to spare, investing in a residential property in Pampanga might be a wise decision. Residential properties here are around PHP 665,000 for a typical bungalow in San Fernando.

Traveling to and from Metro Manila and the nearby provinces in Central Luzon is fairly quick and easy, thanks to an array of freeways that connect the region’s provinces to Metro Manila.

However, because of the robust growth of the region’s special economic zones such as the Clark Freeport Zone and the Subic Bay area, the area is considered to be Luzon’s next economic haven.

In an article published in BusinessWorld, it described the former American military airbase as an “airport-driven urban center that stands at the crossroads of big socioeconomic opportunities.” Moreover, the article mentions that it is set to be transformed into “a modern industrial estate and premier service and logistics hub by 2020.”

If you prefer living in a more relaxed and laidback location, but still with the convenience of a relatively easy commute to Metro Manila, Bataan should be a consideration. Lamudi’s website shows residential properties that sell for less than a million pesos.

In nearby municipalities like Bagac, Morong, Orani, and Mariveles, you could invest in residential properties that are in a rustic environment, with panoramic vistas of the mountains and the sea.

With more than 23 million people living and working in the Greater Metro Manila area, Metro Manila’s cities continue to be densely populated.

Manila tops the list at 42,628 persons per square kilometer, according to a 2015 data released by the Philippine Statistics Authority.

This fact has caused vehicular traffic and crime to become worse; health and environmental conditions to deteriorate; and when natural calamities strike, the situation simply becomes chaotic.

These are just a few of the reasons why some of the country’s property developers are banking on the expected growth of economic corridors outside the Greater Metro Manila area, especially at the north of the metropolis.

Many are, in fact, building sustainable township projects that could one day bring back the nostalgia of a close-knit community, where an ecosystem of interconnectedness is anchored on sustainable living.

This article has been contributed by Lamudi Philippines.