Many people dream of quitting their job and having their own businesses. Some of them even believe that when they finally have a successful business, then financial security and happiness will follow.

Yes, this is possible, but I believe that it doesn’t happen all the time.

Such is the case of one of my readers who asked me for advice. Let’s read the letter he sent me and think about his situation.

If you were in his place, what would you do?

From Mr. A
Hi, I have a small computer shop in Mindoro. I just found your website and full of wonderful ideas and articles. They are so many I don’t know where to start, haha.

For 5 years I’ve been running my computer shop (20 computers) with an assistant/manager of my shop. Problem is, I think there is only little improvement, even though I am not an impulse buyer and I don’t follow an expensive lifestyle.

Thing is, I need a mentor who will teach me… maybe you or others. This year, I planned just to stay low with my folks here in Marikina and let my shop earn money with my trusty manager. This year, I plan to attend seminars and workshops… is this the right thing to do? 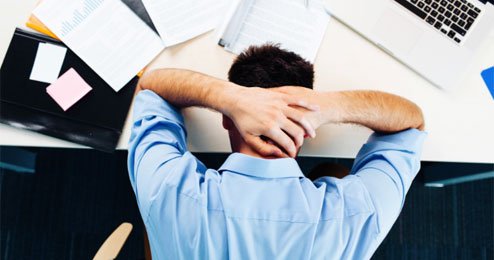 My reply:
Hi. First of all, I would like to congratulate you on having a successful business – especially one that you can leave behind. Many business owners make the mistake of staying hands-on for so long, which just makes them self-employed and “prisoners” in their own business.

Anyway, I understand how you feel that there is little improvement financially despite the business. I also have a computer shop and the business has been on a plateau for more than a year now – the income is good and stable but there’s been little change when it comes to the profit I get.

As for the “right thing to do”. It depends on what you want to do next in your life. I can’t tell what will work or not for you but here are some considerations that might help:

My friend ran a small sari-sari store while working as an accountant for a company. Income is good but he felt that things aren’t changing.

After a few months, he again felt that things aren’t really changing. That’s when he decided to focus more on their family sari-sari store and expanded it into a mini grocery. It was a success.

But again, after a few months, he felt that things haven’t improved much.

By this time, I asked him if money wasn’t an issue, what would he want to do? He said that he wanted to have the time and luxury to travel.

That’s when I asked him, “What are you doing to make that a reality?”

At that point, he became silent. He realized that he was so busy making money that he forgot to plan for his dreams.

After a couple of months, he sold their mini grocery and began outsourcing other accountants to do his freelance projects. He attended a seminar about the travel agency business and planned on putting up that business.

Now, he has a successful travel agency and a small accounting firm. And even though he is busy managing both businesses, he always finds the time to travel with his family – something that he can afford given his travel contacts.

When I asked him if he’s happy with his finances now, he simply said that even though he is indeed earning more now, he realized that it was not all about the money.

The thing that “filled the gap” and made the difference was being able to achieve his dreams of seeing the world with his own eyes.