Who are the most influential people in finance today?

Meet the names that call the shots when it comes to global finance in this article written by Robert Anderson.

Lady Gaga and Macklemore dominate the music scene; Steven Spielberg and J.J. Abrams are names known by all in the movie industry; Dr. Phil is never short on advice for listening ears.

So, who are the most influential people in finance? They may not walk down red carpets very often, but they are names you should know. 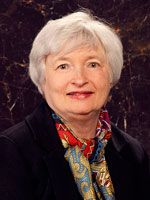 Last February 3, Janet Yellen became chairman of the Federal Reserve, the first woman to ever hold the position.

Previously, she was President and Chief Executive Officer of the Federal Reserve Bank of San Francisco, Chair of the White House Council of Economic Advisers under President Bill Clinton, and Professor Emerita at the University of California, Berkeley, Haas School of Business.

Wall Street considers Yellen as a “dove”, meaning she’s more concerned with unemployment than with inflation and as such to be less likely to advocate Federal Reserve interest rate hikes. However, some predict Yellen could act more as a hawk if economic circumstances dictate.

Upon her confirmation as chair, Yellen pledges “to promote maximum employment, stable prices, and a strong and stable financial system”. 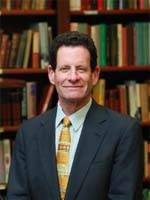 The savvy Ken Fisher stands out as another influential person in the world of finance. This investment expert came up with the Price to Sales ratio, an innovation that shook up the financial world because it presented a different but effective way to value stocks.

His regular column for Forbes has added to his influence for nearly three decades now, making him one of the longest-running columnists in Forbes’ long history.

You can check out Ken Fisher’s Forbes profile. 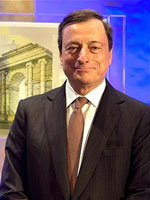 Overseas, as president of the European Central Bank, Mario Draghi “faces the Herculean task of trying to maintain financial unity across 17 countries,” as Forbes puts it. He started in his position at the beginning of November 2011.

This isn’t his first prestigious position. Before his appointment, he served on the governing council of the ECB and he was also head of the Bank of Italy for a time.

For a decade, he worked as the director general of the Italian Treasury, and years before that he worked at the World Bank as an executive director. 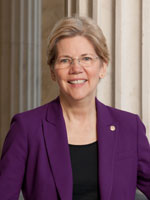 Many admire Elizabeth Warren for the story behind her career success. From a middle class family with financial troubles, she became a professor at Harvard Law School. From there, she became a prominent figure in the world of finance.

In 1995, Warren began to advise the National Bankruptcy Review Commission. Later, Warren chaired the Troubled Asset Relief Program, a huge bank bailout program. She gained praise for her work on the program, even being named “Bostonian of the Year” in 2009 by The Boston Globe.

Warren’s career in politics and finance continued to flourish when in 2011 President Barack Obama asked her to serve as his special assistant. In September of that same year, she announced her intention to run for Senate. She won the November 2012 election.

She still speaks openly about financial reform. In November 2013, during a keynote speech at a conference on financial reform, she addressed the issue of banks that are “too big to fail” and urged an action plan to take care of the problem. 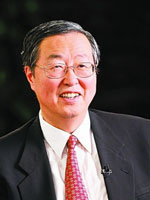 Zhou Xiaochaun is the governor of the People’s Bank of China. He champions financial reform for China — and a at quicker pace than the reform is currently happening.

He has previous held leading posts in trade and finance organizations such as Vice-Governor of the People’s Bank of China, Director of the State Administration of Foreign Exchange, Governor of China Construction Bank, and Chairman of the China Securities Regulatory Commission.

Currently, he pushes for a more consumer-based economy. Economic change for the world’s most populous nation spells changes on an international level, and many eagerly watch as Zhou continues his efforts.

Both the global economy and the economies of individual nations are delicate networks that require experts and forward-thinking men and women to continuing functioning.

The above are some of the people are the forefront of the financial world who strive to help and maintain it.

This article was submitted by Robert Anderson, an equities broker in New York.