Today, I give way to a colleague who wants to share some thoughts on the state of personal debt in South Africa. His article starts below.

A survey by Wonga.co.za has revealed that many South Africans are taking out loans for unnecessary purchases, using this finance to fund everything from holidays and fashion, to the latest gadgets.

In the same study, Wonga.za also discovered that many South African consumers have a poor understanding of financial products. This indicates that low levels of financial education could be a major factor behind the country’s apparent appetite for unnecessary credit. 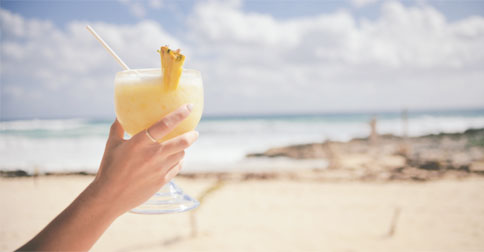 But it’s not just Wonga.za’s survey which reveals that South African consumers may not be using credit wisely.

In fact, personal debt levels in South Africa have been a concern for a number of years. Between 2013-14, South Africans were the biggest borrowers anywhere in the world, with 86% of the population taking on credit over the same period.

Clearly debt is a hot topic in the country. And it’s not just how much debt we’re accruing – it’s the kind of debt.

Of the millions of people taking on debts over the 2013-14 period, 11 million borrowers were considered “overindebted”. This means they had an inappropriate and potentially dangerous level of debt.

In 2013, this number stood at a much more conservative 5 million. But with a rise in the accessibility of finance products and a shift in economic circumstances, that number has sky-rocketed, more than doubling in the space of just one year.

This “overindebtedness” may have much to do with the type of expenses consumers are using credit products to cover.

As Wonga.za discovered, there has been a distinct rise in the amount of people using loans to pay for unnecessary expenses, also known as “bad” debts.

The loan provider works to ensure its customers are using their loan products for crucial expenses or “good” debts, including emergency home repairs, car replacement, vet fees and unexpected bills.

However, recent statistics have revealed that many South Africans, 9.6% of loan users in fact, are using credit to fund:

These figures come perhaps as no surprise given the lender’s recent findings about financial education and awareness in the country. According to a recent survey:

Better financial education is clearly crucial if South Africa is to steer its consumers away from “bad” debts and poor financial decision making. This is a pressing issue which has now been on the agenda for some time.

As far back as 2014, the National Treasury’s chief director of financial sector development, Ingrid Goodspeed, spoke out about the importance of bringing better financial literacy to the country.

Some solutions have been put forward, and many have been implemented, including a national consumer financial education strategy. But given the figures from 2013-14 and the results of Wonga.za’s survey, clearly more needs to be done.

What more can the Government do to reduce South Africa’s “bad” personal debts? Which factors do you think have contributed most significantly to South Africa’s debt problem? Have your say below.

This article is contributed by Steven Fourie, a financial planner based in South Africa.