I’m sharing with you today an email which I received from one of our readers, which we shall call Mrs. A.

She is 29 years old and wife to a husband working somewhere in the South Pacific since 2011.

Below, she shares her story. How her life changed when her husband went abroad for work, how she cope with suddenly having a lot of money, and how she got into deep credit card debts.

But also, she shares how she was able to get back on her feet financially, and finally gives us an inspiring list of financial lessons she learned – all from being an OFW’s wife.

It is her hope that others may learn from her story as well. 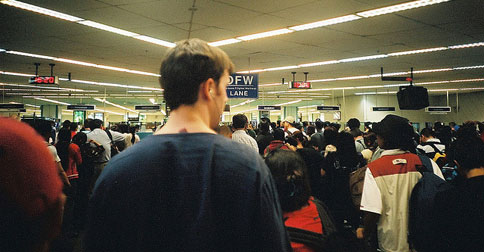 Before my husband worked abroad, we were living a very simple life with our now 2 year old daughter. We were both working in the corporate world and rented a 7,000/month apartment in Makati. We budget our combined income and saved up for the birth of our baby.

That was in 2010. Early 2011, he got a call from the recruitment agency with a job offer abroad giving him more or less 1.2 million gross annual income. That is a lot!

So he grabbed the opportunity and flew off somewhere down under. I also quit my job to take care of my baby because we can now afford a one-income household.

The monthly remittances I received every month amounts to almost 100,000/month. We paid off his outstanding debts in 6 months, that is around 80,000 and still gives financial support to his family at 15,000 per month.

We also had a 100,000 OFW loan to be paid for a year. The remaining amount is still too much for me and my baby’s expenses every month. Expenses being just food and communication bills (internet and mobile phone) as we live with my father in the province. My baby also doesn’t have a lot of expenses because we are breastfeeding, which means free milk and more savings and we use cloth diapers.

At first, I was so overwhelmed with the amount on my bank account that I started upgrading my lifestyle. I bought a latest model smart phone, eating out and malling became very frequent. I’m not into branded stuff and I opt to buy on mall sales but buying became too frequent and mostly on stuff me and my baby doesn’t really need. I also became hooked on online shopping.

In short, my mindless spending went up. But I was still able to save a portion of that to another savings account but when he went home on his 7th month because he terribly wants to be home, we spent all of those savings and maxed out my credit card. I was still able to start saving after his short vacation but that amount was spent on our daughter’s first birthday. 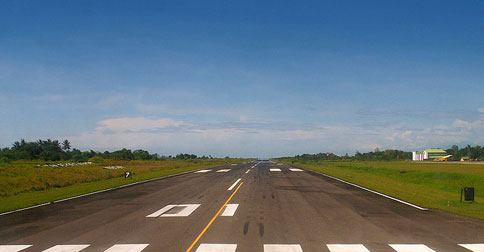 So came January 2012, we still have no saving or emergency fund and a big credit card debt but all of his other debts were already paid. After his January remittance, I was able to pay the CC debt and start our savings again.

Then, we decided to pursue our long-postponed church wedding with just 3 months to prep are. He asked his brother, who is a seaman, if we could borrow 100,000 to add to our wedding budget and he gave it to us with no interest for 6 months.

We spent around 200,000 for that wedding alone when he came home. Wala pa yung ibang expenses like eating out and the likes. So his first year as OFW, we saved nothing.

Before he went back abroad in May 2012, (we went with him this year), we decided to purchase a house in one well-known developer in our province. Now, we are almost finished with our downpayment na 56,000 per month for 9 months.

But we still don’t have any savings up to now because the cost of living here is quite high. After we send money to his parents and for our downpayment, what’s left for us is just enough for our monthly expenses although the house, gas, internet and other utilities are covered by the company.

It’s almost the end of the 2nd year of his contract and it’s just now that I became aware of investing. 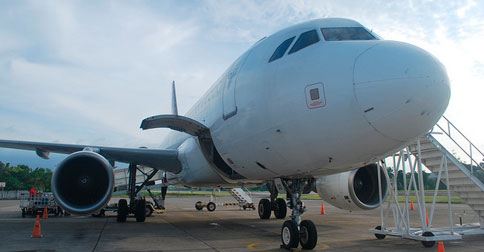 What have I learned in the last 2 years?

Be mindful of my credit card spending even if I can afford to pay it full and on-time.

Frugality, I now have a 2-year worth of financial regrets. To make up for those regrets, my goal this year would be to SAVE and INVEST for my daughter’s college education and my husband’s retirement while we still have access to a lot of income.

I will also put up a starting business like the mom-preneurs in one of the forums I am a member of to make use of my time.

Well, I’m doing my first steps now by reading your blog (and other blogs and sites) to be more financial literate.

Her story proves that it’s never too late to make positive changes in our life. I applaud her for being able to realize how bad lifestyle creep is when it comes to ruining our finances.

My advise for her is to let go of her regret and focus more on her family’s future. She has a very good plan and she should stick to it. I believe that she will achieve her financial goals, and I’d like to congratulate her now.

Lastly, I’d like to thank her for having the courage to share her story. I received this email several months back and it’s only recently that I’ve noticed it, patiently “waiting” inside my inbox.