Investment crowdfunding opportunities are growing in the country. And I believe it will continue to proliferate in the next few years.

A lot of people have been asking me about this. Particularly, they want to know if a certain company is legit or not. Or if the investment offer is good and fair.

Regardless if it’s your first time, or you’re already aware and planning to put money in this alternative investment, I hope this article will give you a better understanding of what investment crowdfunding is.

In order to fully appreciate investment crowdfunding, it’s important to first understand the second part of that term — crowdfunding.

What does it mean? The word itself provides an excellent definition — crowd + funding. Or simply, raising capital (funding) for a business or project by soliciting money from other people (crowd), usually through the Internet.

Crowdfunding, from its earliest definition, means getting financial support from the public. And because it’s basically a monetary donation, there’s no real expectation from the “crowd” that they’ll receive anything in return. However, it’s common to give the backer a simple reward or a token of gratitude.

A couple of notable crowdfunded projects are that of musician, Amanda Palmer, who raised US$1.2 million from 24,883 backers in June 2012 to make a new album and art book. And “Coolest Cooler” inventor, Ryan Grepper, who raised more than US$13 million from 62,642 backers for his multi-function cooler back in August 2014. 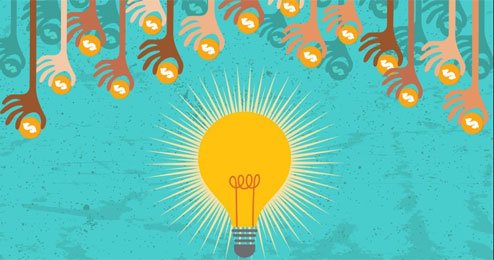 What is investment crowdfunding?

Back in 2016, I gave US$50 to a boardgame project by a Filipino in Kickstarter.

As a token of gratitude for participating in the crowdfunding, I received a copy of the boardgame before it went into market. And because it’s simply a crowdfunding project, all that I will ever receive is that boardgame.

However, an investment crowdfunding project is different because the money you give is no longer a donation. You’re now either buying equity shares from the company, or lending money in exchange for rewards or debt interest payments.

If that boardgame project was an investment crowdfunding, I should regularly receive a portion of its sales income. Or expect the US$50 to be returned to me, plus interest, on a specific date.

So basically… investment crowdfunding is a way for businesses to raise capital, wherein the public invests money in exchange for dividends, rewards, or interest payments.

Investment crowdfunding in the Philippines

Raising business capital from the public is exactly what companies do in the Philippine Stock Exchange. However, to be a publicly-listed in the PSE, your company needs to have an authorized capital stock of at least PhP 500 million.

What if you’re just a small goat farm owner looking for extra funds to expand the business? Or a social entrepreneur hoping to get funding for a livelihood project?

Then you can apply for a loan, seek business partners, borrow money from family and friends, or find an angel investor or venture capitalist. But also now, you can do investment crowdfunding.

Various investment crowdfunding companies, websites, and platforms are already operating in the country. Through them, one can invest and engage in a food franchise, a farm or agribusiness, a gasoline station, and many others.

The emergence of crowdfunding activities in the Philippines has already compelled the Securities and Exchange Commission (SEC) to create rules and regulations that will govern them, in order to protect the public from scams.

Unfortunately, the Proposed Rules (PR) by the SEC is still in the process of being finalized, much more from being effectively implemented. Thus, this investment opportunity is considered high-risk given its lack of regulation.

Thus, if you’re thinking of putting money in an investment crowdfunding opportunity, then it’s necessary to do some due diligence.

Before investing in a crowdfunding business

How can you protect yourself from crowdfunding scams and avoid fraudulent investments? There are three things you need to check.

1. SEC Registration and secondary license
Check the legitimacy of the business. An SEC registration is required to prove that they are a legal entity.

Moreover, having SEC Registration is not enough because they also need to have a secondary license to solicit investments, particularly if they’re doing an equity crowdfunding.

2. Business legitimacy and realistic returns
Learn about the business, especially if it’s an agribusiness. Make sure that it’s a profitable venture. Particularly, the numbers that they’re giving you are realistic. And lastly, that the business is being managed by a competent organization.

A friend asked me what I thought about a banana farm in Batangas, which is doing an investment crowdfunding. The company claims your investment will have a 50% ROI after 6 months.

I contacted someone I know who works in the agriculture industry, and that’s how I learned that banana trees typically have a cycle of 10-14 months, and the ROI is about 30%-80%.

Knowing these, I started to suspect that the banana farm may be overpromising returns – a definite red flag. Thus, I told my friend to investigate further.

The following week, he took a leave from work to visit the banana farm. He immediately called me when he learned that the given address by the company is actually just a vacant lot in the outskirts of Batangas.

3. Representative credibility and platform security
Lastly, you should also check on the credibility of the person that you’re talking to. The company may be legal and profitable, but then, you could be dealing with a fraudulent individual.

I’ve heard of stories about people misrepresenting themselves, claiming they’re still connected to the company but in fact, they already left. Or worse, they never were part of the company.

Contact the investment crowdfunding company and confirm that you’re dealing with an authorized representative. Never give money without an official receipt and a signed contract or agreement.

Moreover, if you’re investing through a website or online platform, then make sure that they have safety and security measures that protect your personal information. 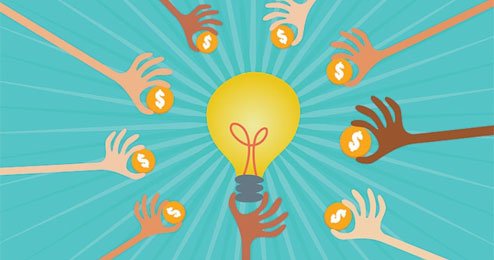 Investment crowdfunding is still relatively new in the country, but it is growing fast.

And while we wait for that time when the government starts to implement those regulatory measures, it is up to us to be careful and vigilant.

Be wary of your greed. Check the numbers and make sure that it’s realistic. And as always, never invest on something that you don’t understand.