As you read these words, millions of overseas workers are trying to make a living. Not just for themselves, but their families as well. They work long hours so they can send hundreds of dollars per month to their parents, their siblings, their kids.

$300 may not sound like much, but in The Philippines, Mexico, or Romania, this sum goes much further. It’s a shame so many remittance customers rely on brands that rob them blind.

Western Union, Moneygram, and banks charge outrageous fees and poor exchange rates. Recently, though, the emergence of leaner, more competitive remittance firms means more cash is finding its way to those who need it most.

Saving money on remittances benefits more than just migrant workers. Whether you’re sending money to your daughter in college, or as a gift for your English-teaching son in South Korea, we all benefit from cheaper transfers.

In this article, we’ll show you how the remittance landscape has shifted, as well as companies that offer the best savings in 2019. 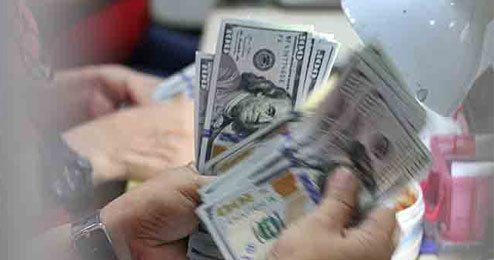 Legacy remittance firms used to make out like bandits

There’s no other way to put it – ten years ago, remittance firms were soaking their customers. According to the Center for Economic and Policy Research, providers charged 10% of the send amount in fees. In the most extreme case, one firm charged senders an appalling 26%.

Something had to be done. In 2009, the G8 pledged to take steps to reduce the average cost to 5%. Since then, the industry had made measurable progress, even if it has been stubbornly slow. According to the World Bank, the average cost of remittances was approximately 7% in 2017.

The influence of the government didn’t achieve this result – increasing competition worldwide is mostly responsible for the reduction. Since 2009, the money transfer industry has exploded, thanks mainly to the affordability of setting up shop online.

Upstart firms like Transferwise and Azimo have burst onto the market, offering rates far lower than Western Union or the banks. As they grow their customer base, they’ll continue changing the remittance landscape for the better.

How can younger remittance firms offer such great deals?

None of the above-mentioned remittance companies were around a decade ago. And yet, they are directly responsible for a seismic shift in the money transfer industry. In 2010, Transferwise was just an idea between two Estonian friends. Today, only Western Union moves more money annually.

Why are these firms enjoying such wild success? When you examine the economics of operating on the internet, it all becomes crystal clear. Unlike banks and legacy remittance firms, online operators have much less overhead.

They have fewer employees, less real estate to maintain, and consequentially, they buy fewer supplies/stuff. Rather than pocket the savings, they pass it onto their customers via lower/no fees, and ultra-competitive exchange rates.

In a world where online shopping is normal, remittance senders have enthusiastically embraced these new providers. Only the loyalty of older generations and the universal reach of Western Union has kept the incumbents on top.

Which remittance providers are best for sending cash to Asia?

Every day, expats send money home to their families. Latin America, Africa, and Eastern Europe are popular destinations, but Asian destinations overshadow them all. According to the World Bank, China, India, and The Philippines were the globe’s first, second, and fourth receiving countries in 2018.

However, Asia also ranks highly for remittance-sending countries. According to Statista, The United Arab Emirates, Saudi Arabia, and China ranked second, third, and seventh in the world, respectively in 2017.

Whether you work in Riyadh, Dubai, or Singapore, it’s crucial you know which firm offers the best rates. So, which firms should you depend upon?

Let’s assume you’re a Filipino overseas worker. In the UAE, DirectRemit is best for bank-to-bank transfers (0.64% in fees), while GCC Exchange is tops for cash pickup (0.92%). In Saudi Arabia, Enjaz Bank gives the best bank-to-bank deals (2.44%), while Xpress Money is your best option for cash pickup customers (3.70%). Finally, for those sending from Singapore, InstaReM is best for those sending to a bank account (0.24%). Surprisingly, Western Union is the best deal for cash receivers, with a fee of 0.43% for debit/credit senders, and 1.2% for cash senders.

All these markets are home to considerable expat populations. As such, competition in the remittance industry is cutthroat. If you’re moving money at the World Bank’s target price (5%) in these places, you are getting ripped off.

200 USD per month is an average amount sent by overseas workers. By sending home 20% to 153% of a local’s average earnings each month, these expats have immense influence over local economies. By transmitting a trivial amount of cash (by first-world standards), they can lift families scraping by on less than 5 USD/day directly out of poverty.

As we’ve already stated, many developing countries are starved for capital, at least, compared to the developed world. Local businesses have adjusted to this reality by pricing goods far lower than equivalents in more affluent countries.

It doesn’t take much to lift an entire family out of poverty. 200 USD is a lowball figure – many overseas workers send home 300 USD, 500 USD – or more. According to the most recent statistics, remittances made up just under 10% of the GDP of The Philippines. Thanks to countless migrants sending online remittances abroad, the economy of this nation is performing better than ever. 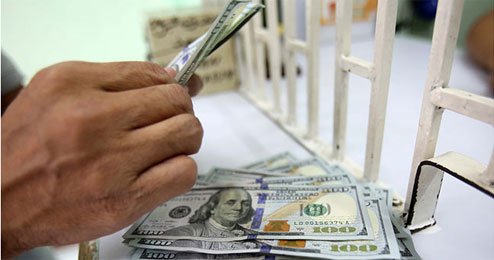 Those without bank accounts are still getting a raw deal

Despite progress made by the remittance industry, the poorest of the poor are still getting shafted. These folks, who often live in rural areas and lack bank accounts, can only receive cash remittances. Of all remittance types, those received in cash cost significantly more than bank-to-bank transfers. How can this be?

Several factors are to blame – firstly, cash remittances are paid out by agents. In exchange for performing this service, they charge a fee to the transmitter. The sender bears this cost in the form of higher fees. Secondly, those without bank accounts often live in countries with a less robust remittance industry. Fewer options exist, allowing existing players to charge higher fees.

We can’t do much about the first issue. Small business owners in receiving countries deserve to be paid fairly for their participation in the global financial system. However, governments can do more to break up monopolies and encourage fintech entrepreneurs. Introducing competition will do the most good in reducing fees for bank-to-cash, card-to-cash, and cash-to-cash transfers.

No going back: The internet has disrupted the remittance industry

For years, legacy financial institutions had taken advantage of hard-working expats. The rise of fintech startups has put a stop to this exploitation, though. As innovative firms craft cheaper cash transfer methods, existing money transfer providers will be forced to adapt or perish.

This article is written and contributed by Mike Jones.