Looking back at the things I’ve done in my life, I realize that the ones which had the most impact and value on me were also the times when I experienced great uncertainty and doubt from the people closest to me.

For example, I took civil engineering in college, and back then, all I knew about computers were how to create and print documents in MS Word, make simple spreadsheets in MS Excel and play Warcraft on the PC.

That’s why when I decided to change careers and go into software development, my parents and friends raised their eyebrows and asked why I’m throwing away my engineering license along with my five years of formal education to pursue a new field.

“You cannot do that,” I remember a friend telling me so. “Even if you succeed at learning computer programming by yourself, you’ll still be one-step behind those who have an I.T. background.”

He was right – because after spending several months on self-study, I realized that I would never be as good as those who graduated with a computer science degree.

But I discovered he was also wrong – because, despite my lack of formal education in I.T., I was still able to land a job as a junior programmer in a software development firm.

Interestingly, I knew I was not hired because my skills were better than the other applicants. My boss, later on, told me that he hired me because I was the one who had the most enthusiasm to work for the company.

And if there’s anything I learned from that experience, it’s that there will always be people better than you – but that’s not as important as having the passion, and working hard to become good at what you want to do. 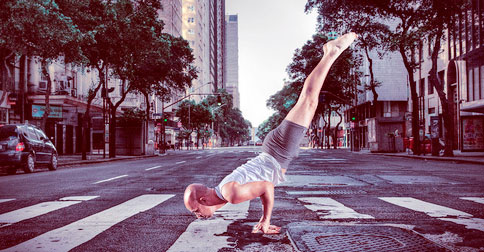 Another experience that I can recall happened a couple of years after I got that job. My boss has already promoted me to senior system analyst for the company, and I have also started working as a freelance developer on the side, working with other developers on several offshore projects.

It was during this time when the idea of becoming an entrepreneur came to me, and it didn’t take long for me to decide that I wanted to leave the corporate world so I can start my own business.

Again, my plans were met with disagreement. This time, my boss had the biggest doubts, and he told me this when I informed him that I might tender my resignation soon.

“Are you sure you want to do that?” he asked. “Not everyone succeeds in business you know. I actually have friends with MBA degrees who failed in putting up their own businesses – so think about it again, and make sure this is something you can do.”

I honestly didn’t know if it was something I can do, but I did it anyway.

Later on, I realized he was right.

Indeed, starting and growing a business is difficult, and not having an MBA degree meant I had to dedicate time to self-study and learn business planning, SWOT analysis, market research and all the other things that an MBA graduate knows.

However, I also realized he was wrong to think that one can either fail or succeed in business – because I learned that failures are actually part of success.

Not everyone will indeed succeed at their initial business venture, some will even fail several times first before finally achieving business success.

That’s why I can say that entrepreneurship is not just about knowing what you can or cannot do. Your ability to persist through all the failures and your willingness to learn from your mistakes – that’s what truly matters if you want to succeed in business.

The two stories above are just a few of the many times I chose not to listen to what others are saying. Some people will call me “stubborn“, but I like calling myself “driven”.

And I learned that, when it comes to making life-changing decisions, it’s natural to hear uncertainty and concern from the people closest to us, most especially our peers, friends, and family.

However, I realized that accepting their beliefs on what we can or cannot do, will only limit us from achieving our true potential.

Don’t wait to be given permission to do the things you want to do.

Look inside yourself and find your own motivation – you’ll discover there’s so much more you can achieve, but only if you believe you can.