As I mentioned in my previous post, I was out of the country for the most part of this week.

I was fortunate to be invited to join a FAM Tour sponsored by AirAsia and AirAsiaGo, and be in their inaugural flight for the Clark-Taipei route.

And if I could say only one thing about this trip, it would be about my realization that one shouldn’t cast off an idea, no matter how silly or bad it may be at first, until you’ve given it enough thought and study – because you could be missing out on something worthwhile in the end.

In short, don’t dismiss it until you’ve tried it.

And here are three anecdotes which prove this point more clearly. 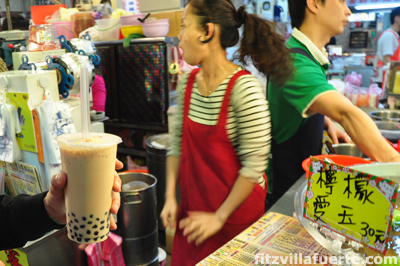 Three years ago, I decided that I would put up a food blog because I wanted a “less serious” blog than this one – a site where I can be more casual and relaxed, a place where people can get to know the “lighter” side of me.

Then came the idea of maybe putting up a “drink blog” instead of one about food because I thought writing about beverages would be an interesting niche. However, most of my friends whom I shared my plan with considered the idea silly and frivolous.

“Why can’t you just put up a food blog?” one of them said. “More people would certainly want to know where’s the best steak in town, rather than which one has the best iced tea.”

They gave me a lot of other good reasons, and I was ready to dismiss the idea.

But then I thought I might as well go ahead with the drink blog, and see if I can make anything out of it – and I’m glad I did because if I hadn’t, then I wouldn’t have been in Taipei this week.

AirAsia and AirAsiaGo wanted to invite bloggers who could feature Taipei as a tourist destination.

And since drinking bubble tea has been very popular in the country for the past year, they wanted someone who can write about the “bubble milk tea capital of the world“.

And that’s why I got invited. 😀

Now who would have thought the “silly and frivolous” idea of writing about beverages would take me to Taipei one day? 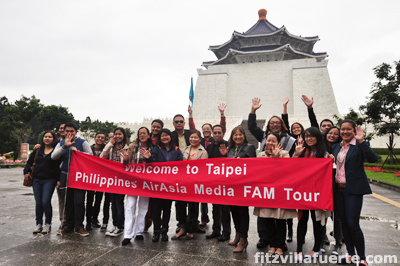 Taiwan, The Heart of Asia

Truth be told, Taipei is not among my list of Asian destinations that I wanted to visit. Aside from the “no-need-for-visa” countries, I had India, Nepal, China and Japan in mind – but not really Taiwan.

Blame it on my lack of knowledge about Asian history – but I really thought Taiwan was just an “extension” of mainland China and there’s nothing much to see there except maybe for Taipei 101, one of the tallest buildings in the world.

After spending almost a week in Taiwan, I learned how wrong I was about my earlier assumption. The country is so rich in history, arts and culture which I discovered thanks to their numerous museums and temples.

More than that, I was likewise surprised by their hospitality. Taiwanese people are gentle and warm… and their sense of humor is similar to Filipinos, plus they love karaoke too! 😀

I only got to see Taipei, and I heard there’s still so much more to see in Taiwan, specially in the Southern part, where it’s warmer and where several “national scenic areas” or nature parks are located.

Now, Taiwan’s part of my destination list – and I’m hoping to come back there soon. 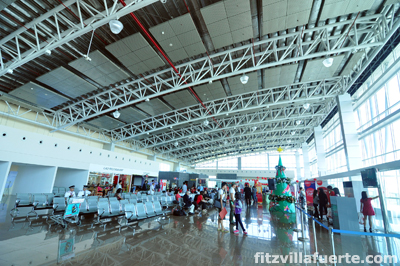 As a Metro Manila resident, flying through Clark International Airport is not something I’d normally consider, specially because I live just a few minutes away from NAIA.

However, after this trip, I now seriously consider getting flights there because it can sometimes be cheaper and it’s not really much of an inconvenience to fly through DMIA anymore.

I heard there are vans in SM Megamall that go directly to the airport, and recently, Clark International Airport Corp has launched a 24-hour bus service that would take Clark passengers from Trinoma in North Avenue all the way to the Clark airport and vice versa.

For those who want to bring their own cars, my friend Hannah says you can park your car in Clark for only P100 a day – and she’s already done that several times for her international trips.

I really wished I considered flying through Clark when I booked my Singapore trip for February a few weeks back.

My Manila-Singapore ticket costs around P8,000 pesos round trip – compare that to the ongoing P4,400 all-in round trip promo fare by AirAsia for Clark-Singapore and you’ll see the “extra effort” of going to DMIA is worth the money you could have saved.

As I’ve learned through this trip… don’t dismiss it until you’ve tried it. And for sure, flying through Clark is now part of my considerations when booking airline tickets for a trip. 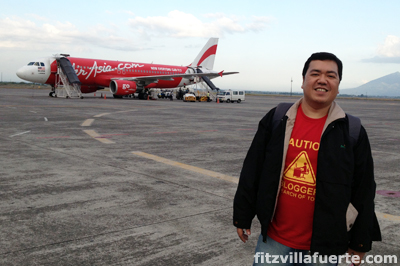 Thank You AirAsia and AirAsiaGo

Special gratitude goes out to AirAsia and AirAsiaGo for this wonderful experience, and I hope it won’t be the last. 😀

If you’d like to know more about my Taipei trip, then please visit The Thirsty Blogger. The rest of my photos and detailed stories of the places we visited will be posted there in the coming days.

Lastly, you should know that AirAsia now flies to Taiwan four times a week, with fights departing Clark at 12:05 p.m. and arriving at Taoyuan airport at 2:00 p.m.