“How many times do you travel in a year?” a friend asks.

“A lot, due to speaking invitations and conventions. But if you’re asking about vacation travel, then that would be 2-3 times a year,” I replied.

“Isn’t that few? You can afford to go on more,” he inquired.

“Because that’s the peak of my fulfillment curve when it comes to traveling for pure pleasure,” I answered.

“Yes, are you familiar with the term?”

“The fulfillment curve is a concept, which states that there’s a certain quantity for anything at which we can get the most satisfaction. More than that, the fulfillment then gradually decreases,” I explained. 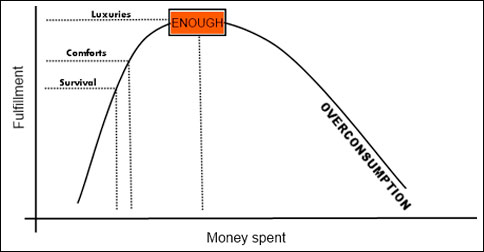 Think about your favorite dessert. Then ask yourself, would you want to have that after every meal for one whole year?

I know the impulse would be to say “Yes” but honestly, do you think that would be a good idea?

My favorite dessert is McDonald’s caramel sundae. And since there’s always a McDonald’s nearby wherever I go, I can actually afford to have it as much as I want to.

However, I’ve discovered that my fulfillment curve peak for it is just once every 3 weeks. Anything more than that and the experience isn’t as satisfying, plus I start to feel guilty for eating such an “unhealthy” dessert.

As another example, I have a friend who loves reading books.

Years ago, he could only afford to buy a novel once a month, which he finishes reading in just a week. After that, he’d have to wait until his budget permits him another purchase.

Today, his salary allows him to buy as many as 5-7 books a month. That’s what he did for a few months, and doing so disrupted his reading habit.

Instead of starting and finishing a single novel, he’d read several books at once, jumping from one story to another when the plot gets boring.

A couple of months later, unopened novels began stacking on his bookshelf. And then he started to feel guilty for not having the time to read them.

Until one day, he decided not to buy any more books until he could finish everything. Slowly, his reading habit normalized and his guilt subsided.

This was the time when he discovered that his fulfillment curve peak is 3 books per month. So even if he could afford to buy more, he doesn’t because he knows that spending more won’t make him happier. 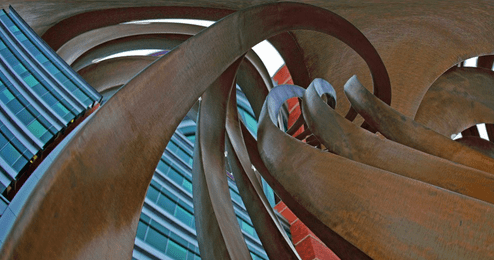 We work so we can earn money, which we can use to survive, experience comfort, and afford luxuries.

Work requires our time and energy – the two things we have that we give, in exchange for money.

Our time and energy are precious non-tangible assets, so it’s only right to use the money we earned from work on things that will give us the most fulfillment.

And as we’ve discovered today, buying more of the things we want doesn’t mean it will be more fulfilling.

The challenge for us is to determine that sweet spot where it is enough. The point where having more tips us towards overconsumption and less satisfaction.

So I hope you learned something good today in this post. I first came across the concept of the fulfillment curve in the book, “Your Money or Your Life” by Vicki Robin, Joe Dominguez, and Monique Tilford; I recommend reading this book for everyone.