A few years ago, franchising used to be an intimidating effort. After all, no one wants to live with the horror story of a failed franchise business.

But now, it’s become easier than ever to get into franchising. The industry has become more inclusive, and newbie franchisees can actually afford to take more risks. So what’s causing the shake-up?

Aside from banks leading the way for MSME growth and development, some companies are now supporting franchise ventures by guiding budding franchisees through the process.

I had the opportunity to talk to other entrepreneurs and people involved in the franchise industry, and these are the tips and lessons they shared with me.

Marc Cabrera, a franchisee of Over Mango, said that the most important lesson he learned in franchising is that passion overrides monetary success. “It’s a factor for success,” he said. “Do not just chase after money! Make sure you have a passion for it.”

Over Mango is a relatively new product in the market, which satisfies the sweet tooth of Filipinos with comfort food. Marc started with a franchise in December 2018 and is planning to open more in the coming months.

He is supported by Titans Business Venture, who helped him with the paperwork and the product taste. “More than that, Titans gives you a personal approach as partners, rather than having the upper heads as bosses,” he said.

Having support from Titans Business Venture helped Marc realize the kind of mindset needed to succeed in business. I’ll talk more about them later. 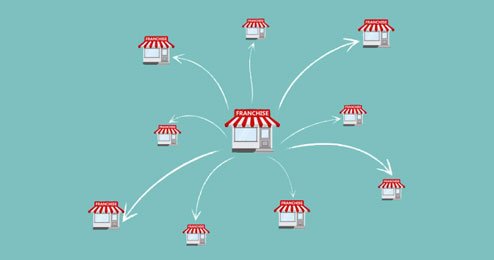 The Mr. Softy Ice Cream franchise was started by Victorino Perea and his family in the year 2000. Vito San Diego works as the general manager speaking on behalf of the family. Originating from a family gathering which eventually turned into 2 sqm stall in Marikina City in 2000, the business has grown to 100 stores across Luzon, Visayas, and Mindanao, with plans to expand to 500 stores nationwide in three years.

Mr. Softy’s mission is to make sure that their franchisees are profitable, while they provide technical support for business development. Training, machinery, and pilot testing fall under Mr. Softy — but it isn’t through their efforts alone that franchise stalls succeed.

“We make them [the franchisees] co-developers of the brand since they’re the ones directly interacting with the customers,” said Vito. “We ask them for feedback, and generate ideas together moving forward.”

In this sense, franchising is both collaborative and creative, rather than the copy-paste method most people think it is.

Another franchisee veteran is Rizaldy Acuzar, who has had a successful stint with 16 food carts from franchisors such as Master Siomai and Ultimate Burger since 2011.

Based on Zaldy’s experience, he found that believing in the product is crucial before investing in the business. “You should have already tested the product and its sellability based on the existing outlets,” he explained.

Zaldy only began franchising after saving enough from his income. Eventually, however, he found more success after garnering additional support. “In the beginning, I just used my salaries and commissions to buy franchises. Later on, I consulted a bank and made a loan to fund the opening of three new outlets,” he recalled.

As mentioned earlier, a startup incubator and disruptor of the franchising industry is Titans Business Venture.

Titans is the brainchild of six CEOs from different industries, headed by Joey Garcia from the RaiRaiKen group. Titans engages in mentoring and incubating franchise potentials and rehabilitating floundering franchises.

“I coach them [businesses] on what to do: business development (marketing and rebranding), day-to-day operations and franchise development, and business planning. I also introduce them to using technology to push new products and mentor them all the way,” said Joey.

Joey works using insights from his own experiences: In 2003, he took his father’s small tapsilog carinderia and represented it as RaiRaiKen. The initial 15 branches were successful, so Joey duplicated the business model and formalized it for other MSMEs.

“Business development happens for the first to third months. Branch pilot follows for 3-6 months to see profitability. If it survives from 6 months to a year, then good. If not, we’ll help them find the loose link, whether it’s the mindset, vision, or feasibility,” he explained.

His leadership vision is wider than just the businesses he handles.

“I want to help MSMEs and dying businesses, and I will give them a second wave. For old businesses, succession is a pain point on their end. We need to realign strategies, pains, and gains,” he said. “I want to help those businessmen who are experiencing the pain points I used to have.”

Another pain point is the lack of opportunities available for MSMEs. “The willingness is there, but saan ang capital?” asked Joey. “We need partner banks to support our ideas.”

“We have tycoons and taipans, so the Filipino way is Titans,” he said. “Unlike before, we now have access to information. Through a collaboration of knowledge and skills, from local to global, we can boost Filipino entrepreneurship.” 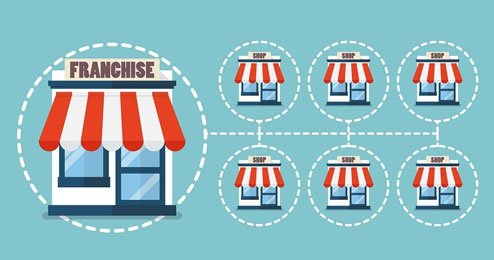 These franchisees and franchisors have one thing in common, and that’s someone having their back. Marc was mentored by Titans, Zaldy was funded by his bank, and the Mr. Softy brand helps its franchisees achieve as much as they can.

Aspiring franchisees are luckier now, because they can collaborate with companies like Titans, but also partner with other organizations.

Joey also mentioned that his bank, Security Bank, offers franchise loans and a business account with a low maintaining balance of P50,000 for a starting business.

Aside from financial support, he added that he can now focus more on growing the business since the online cash management platform (that comes with the account) helps him better organize payroll, vendor payments, and even government duties. Franchisors and franchisees are now luckier with new technologies that make their businesses more efficient.

At present, Security Bank is partnered with several well-known, well-established brands as franchisors, so prospective franchisees would be in good company. Among these franchisors are Mr. Softy Ice Cream, Over Mango, Living Water, and Farmacia ni Dok.

Because these institutions can do so much for franchises, the industry has changed drastically. Aspiring entrepreneurs can have more freedom with their business models, take more risks, and don’t have to rely entirely on themselves for industry know-how.

And to echo Joey and his vision, don’t forget to pay it forward once you’ve made it! As proven by the entrepreneurs above, a little help can go a long way for small businesses, and any form of support can be invaluable.

Cheers to franchise disruption, and to Filipino entrepreneurship!

This article is written in collaboration with Security Bank. Learn more about Security Bank’s Franchise and SME Loan here. 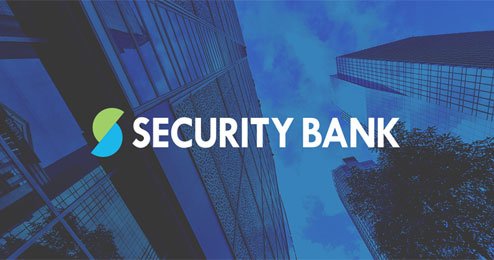