To retire young and to retire rich. This is the goal of most people and this WAS certainly my goal.

Yes, it was my goal – something that I wanted to achieve before… but not anymore. And let me explain to you why.

Retirement as a goal

A lot of people work hard with dreams of retiring to a comfortable life in the future.

For them, retirement is the time when they don’t have to work anymore; and FINALLY, be able to do the things they enjoy the most – like spending time with their loved ones, traveling, doing volunteer work, or maybe pursuing a passion.

If you see retirement this way, then I wouldn’t blame you if you want to retire young and to retire rich because who wouldn’t want to do all that, right?

But here’s the thing…

When you package retirement that way, then it’s like you’re waiting for the stars to align so you’ll have permission to become happy – and until then, you’ll just miserably work and daydream of the time when that moment will finally come.

What are the things that you plan to do when you retire?

Unpack your retirement goals, list them down, and work on them INDIVIDUALLY.

Turn off your work phone and don’t check your email during weekends so you can give your loved ones all the time you have.

Save and invest for your travel fund and go on an amazing trip every so often.

Find a community you can help and do volunteer work at least once a month.

Stop watching television and reading online gossip, instead use your time to pursue a hobby or a passion.

Whatever are the things that you want to do when you retire, there will certainly be ways to achieve them sooner and not later.

Dissolve the old idea of retirement

I used to wonder why most billionaires continue to work despite having all that money in the bank.

Bill Gates first became the richest person in the world in 1995 but remains active until now in various Microsoft projects.

Oprah Winfrey became a billionaire in 2003, but she’s still working and running her own media network today.

J.K. Rowling became wealthier than the Queen of England when Harry Potter became a film franchise, but she continues to write novels until now.

Why are they still working and not just, you know… “retire”?

The reason, I assume, is that they stopped believing in the old idea of retirement, which is that packaged dream of finally being able to do anything you want.

Instead, they defined concrete long-term goals that excite them – that gives them PURPOSE and MEANING – and that’s why despite already achieving wealth, they choose to continue working. 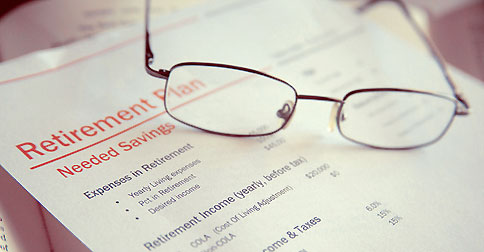 The strategy remains the same

Figure out what you want to do and have in life, then dedicate the time and energy to reach those goals.

Regardless of what those goals are, the basic financial strategy remains the same – spend less than what you earn and regularly invest the difference.

But instead of working for that vague idea of retirement, you are now working to have the financial means to pursue the things that concretely matter to you – things that you’ll happily want to do and become busy with, beyond your retirement years.