Note: This article was written in December 2017, a time when Bitcoin set a record high. In December 2020, Bitcoin hit an all-time high and many are asking how to make money from Bitcoin. This is my advice for those asking.

While most people are focused on Bitcoin, there are a few who are making more money in the stock market. And today, I’m going to tell you a true story that just happened this week.

I don’t normally put money or trade Bitcoin because I know other ways of making money where I have more control, with less risk, and I’m more competent with.

Those other ways of making money, one of them is stock market trading. And that’s what today’s story is all about. 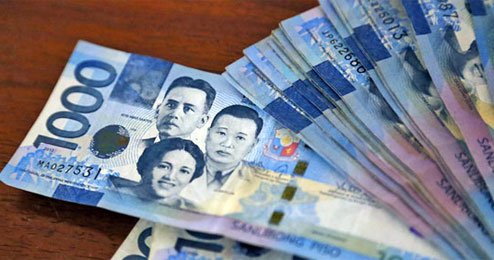 Last December 12, a stock trader friend called me to ask if I know of any news on EasyCall Communications Philippines, Inc. (Stock code: ECP).

I said none, and then I asked why.

He said that its stock price is hovering below its long-term resistance of P5.50. And that he plans to buy once it breaks above P6.00.

He called me as part of his due diligence.

I did some digging in the news and I couldn’t find anything. So I said to him it’s a fair opportunity, and I’m thinking of joining him in the trade. 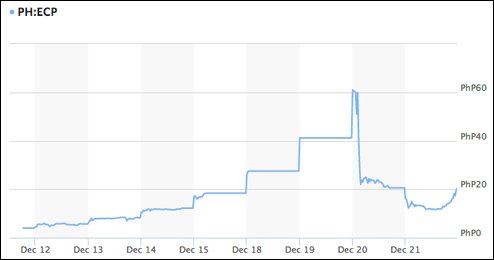 Here’s what I want you to learn from this story.

There are a lot of opportunities to make money. Don’t focus on just one.

And don’t be lazy and just wait for something to trend.

Because as I always say, when people are already talking about it on Facebook, you’re probably too late for the party.

Invest on your financial education.

Learn how stocks, bonds, mutual funds, currencies, and other financial instruments work. Know the difference between them, as well as what trading and investing means. And study how to start and manage a business.

It’s fun to make money with very little effort. But the truth is, that can only be possible if you invest time in your financial education first.

My friend has been a stock market trader for almost a decade. It’s his passion and has dedicated countless hours to studying technical and fundamental analysis.

That’s why I’m sure he made a heck of a lot more money than me from that ECP trade. And I was just lucky enough to be tagged along with him for the ride.