Last weekend, I found myself going to the 18th Philippine International Franchise Conference and Expo or simply the Franchise 2010 Expo at the SMX Convention Center in Pasay.

I’ve been seriously considering getting a franchise business since last year but I haven’t really found one which suits my budget and my interests.

So I went there, hoping to find a business opportunity which I might want to get a franchise of.

But also, I heard that Entrepreneur Magazine was launching a book that day and so I wanted to check that out too. 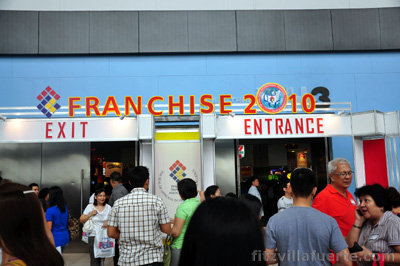 Going inside the exhibit hall, I was immediately greeted by a big crowd of enterprising Pinoys who are hoping to find a good business opportunity that day, just like me.

And as expected, more than half of the booths there are offering food franchises – which almost made the whole event a food expo. 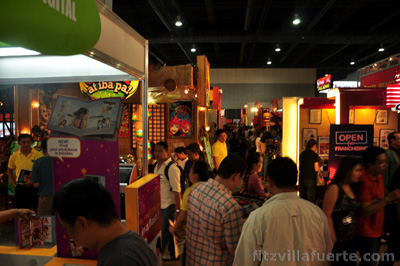 As I was going around, I heard that the book launch was about to start at the stage area. I made my way there and attended the program.

Christine Bersola-Babao was the one hosting the bookazine launch of Franchise Your Way to Business Success. That’s the title of the latest “book magazine” from Summit Media, the publishers of Entrepreneur Magazine. 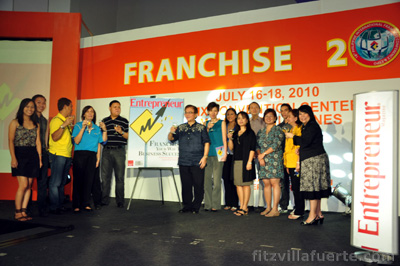 Those are the magazine’s editors, officers from the Philippine Franchise Association (PFA) and a number of successful franchise owners whose story is featured in the book, during their closing toast.

And this is me, holding my very own copy of the bookazine, having my photo taken beside that giant cover. Hehe. Special thanks to Entrepreneur editor-in-chief Leah B. del Castillo for signing my copy. 😀 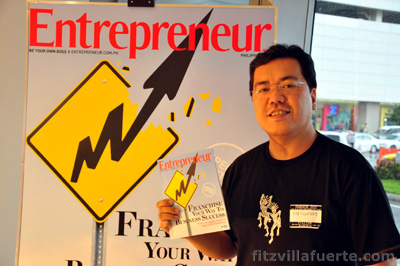 I finished the afternoon going around the non-food franchise section of the exhibit hall. Most of them featured services, fashion merchandise and other business products.

Most of these franchise businesses require almost a million to get, that’s why there’s only a few people in that area. 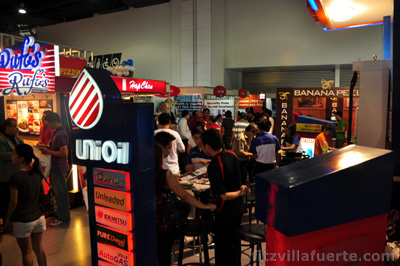 Interestingly, I also got the chance to talk to Rudolf Kotik, the owner of RK Franchise Consultancy, one of the experts on business franchising here in the Philippines.

I’ve already attended one of his seminars before about franchising and it’s good to have a chat with him again. I was able to get his contact details that day so let’s see if I can arrange a special seminar for us in the near future. 😀 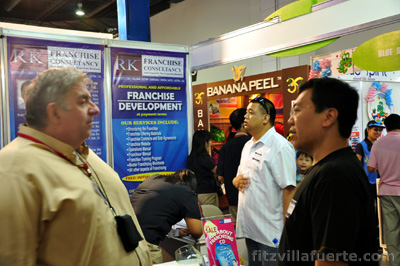 After our chat, I made my way to SM Mall of Asia for dinner to meet some friends and went home thereafter to organize and sort through all the freebies and brochures I’ve received and of course, read my new book. 😀

Overall, I would say that my trip to the Franchise 2010 was very productive. I was able to get new business leads, met interesting people and learned a number of new things.

As always, I’ll do my best to share everything with you here. So I hope you’re already subscribed to Ready To Be Rich so you won’t miss out on those articles.

Lastly, here’s a couple of posts I’ve already written about franchising which you might want to read: