I recently attended a webinar organized by COL Financial on how should one invest in today’s volatile markets. It was conducted by Chief Equity Strategist, April Lynn Tan.

There were many takeaways from the session, and I’d like to share with you today the most interesting lesson I learned that day. And that’s the concept of the Golden Cross as applied to the pandemic numbers.

What is the Golden Cross?

The golden cross is interpreted by analysts and traders as a signal that the price has reversed direction and could continue to move upwards. 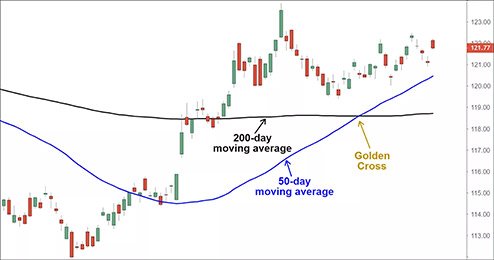 Now, in terms of the COVID-19 pandemic, the golden cross can be referred to as the day when new recoveries exceed new cases.

For the Philippines, here’s what the graph currently looks like: 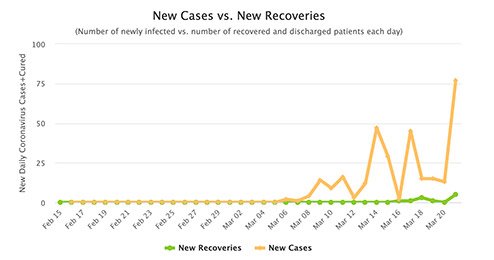 The China and South Korea story

The worst is over for both China and South Korea. And both have also reached their “Golden Cross” days.

China reached their golden cross last February 18. They reached this through social distancing, city-wide lockdowns, extensive public monitoring of citizens, as well as various methods of punishment and rewards to encourage adherence to such measures. 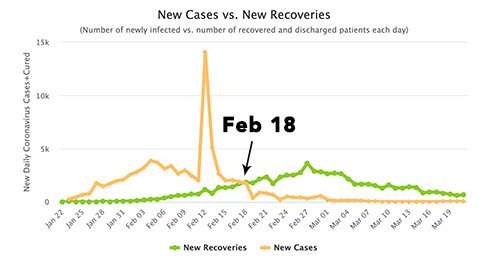 Meanwhile, South Korea reached their golden cross last March 13. Interestingly, they did this through mass testing and without locking down entire cities or taking some of the other authoritarian measures that helped China bring its epidemic under control. 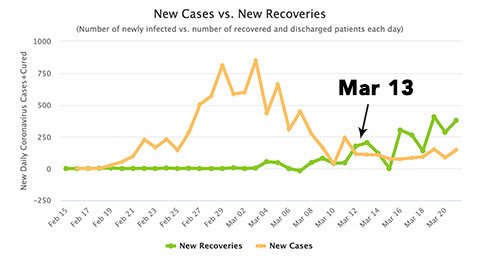 Thus, if you read about what’s currently happening in both countries, things are slowly going back to normal. In fact, all Apple stores have already opened in China last March 13.

The Italy and USA story

Italy and USA are 2nd and 3rd place for the most number of cases as of writing (China is 1st place). And here are their graphs: 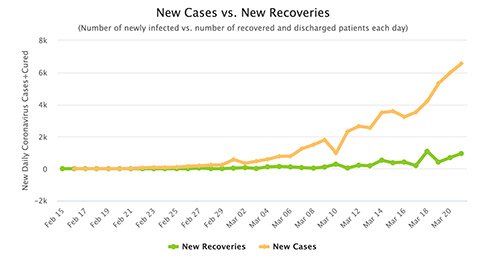 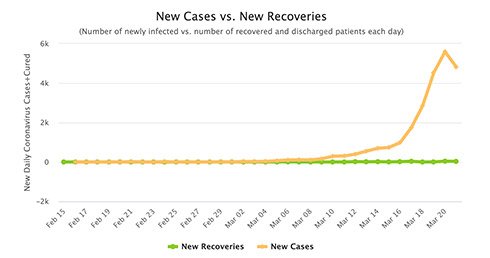 As you can see, both are still far from reaching their golden cross days. And unfortunately, we’re around the same stage as them. So, it looks like that we’d have to wait a little bit longer before things go back to normal.

When will the Philippines reach its Golden Cross?

Your guess is as good as mine. But indulge me to speculate on the numbers and the timeline.

As our strategy is more similar to that of China, that is social distancing and city-wide lockdowns. Then this is the possible scenario for the Philippines:

Now, what if the government gives less focus on implementing the lockdowns and adapt South Korea’s strategy of doing free mass testing and treatment? What if we start doing this on March 24? Then here’s my speculation:

What can you say about these numbers? Again, these are just pure speculation. But I personally find these numbers (and dates) interesting.

Personally, I believe the best method is to do a hybrid model: city-wide lockdowns plus massive testing.

What happens when we reach the Golden Cross?

The golden cross day is a sign that the worst may be over, and things are getting better. Slowly, businesses will open, economic activity will resume, and hopefully our stock market will begin to recover.

As for the whole world, this is what the current scenario looks like: 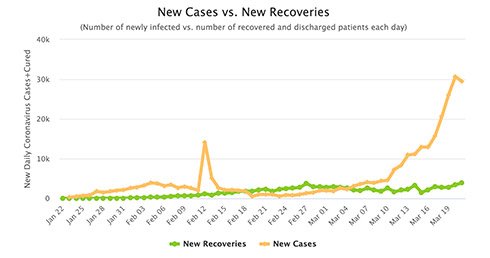 There was a “golden cross” around February 18, but this was because a lot of the cases outside China hasn’t been accounted for yet. Global cases only started to rise at the beginning of March: 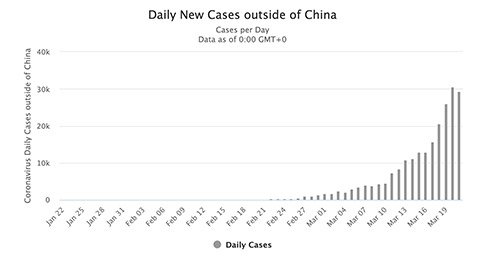 Thus, from the looks of it, it would be a few more months before we see better numbers. But I hope that I am wrong. Perhaps, a cure or a vaccine will be approved for public use by tomorrow, so the world can start healing.

Note: Graphs used came from WorldOMeter as available on March 22, 2020.