My friends often say it. Sometimes, I read it on social media as a status. And at other times, I overhear it from unsuspecting strangers seated among friends at an adjacent table in a coffee shop.

“It’s been a long day, I deserve to go out and drink tonight!”

“It was a stressful week, I deserve some pampering at the spa this weekend!”

“I closed a deal with a client today, so I deserve to shop and buy new shoes!”

It’s a fairly common mindset to believe we deserve some kind of reward for working hard. And don’t get me wrong, because I believe it too… that you do deserve a reward.

However, what I often see is that people will reward themselves at the expense of their budget, which causes more harm than good to themselves, particularly on their personal finance. 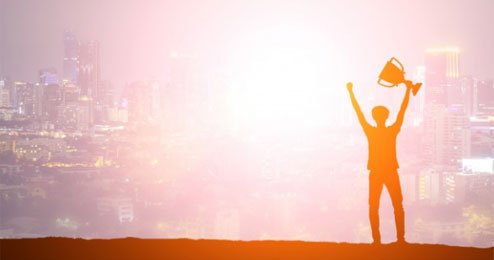 Be practical, not reckless.

A reward system is good. It keeps motivation up. Giving yourself a pat on the back for a job well then is something that I actually recommend.

However, you need to be practical and not reckless with how you spend for that reward. Likewise, it’s better to set what your reward will be beforehand, rather than deciding spontaneously.

For example, I know that this week would be stressful for me as I have multiple events and important meetings scheduled.

Thus, I’ve decided to relax and binge-watch a TV series on Saturday. I’ll buy my favorite snacks and just hang out at home and not think about anything else — I deserve that break!

And by setting up this reward, which I know I’d enjoy, I’ve potentially avoided other more expensive options — like doing some impulsive shopping or going on an unplanned out-of-town trip.

Yes, those might sound like better rewards. But they’re not practical if you’re trying to watch your budget. Plus, I’d like to reserve those as rewards for bigger goals, and not simply after surviving a busy week.

Rewarding yourself with what you truly deserve.

And ideally, you should reward yourself with something that you need and want; rather than those that you just want.

A freelance writer friend buys a book whenever she finishes a project. She loves mystery novels, so it’s a great reward for herself. And at the same time, you could say it’s a need because reading helps in improving her craft.

Remember that it’s only you who can decide the reward that you deserve. However, make sure that you’re not feeding an unhealthy habit. For example, if you have a drinking problem, then going to a bar is never a good idea.

On another note, avoid buying something simply because you want to keep up with others. Just because everyone else has it, doesn’t mean you deserve to have one too.

A friend bought a DSLR camera because all his officemates have one. He used it regularly for about a few months, then eventually stopped because he’s not really into photography. He later admits regretting that purchase.

Again, there’s nothing wrong with rewarding yourself. But make sure that it’s a well-though reward that falls within your budget. And sometimes, there are more affordable choices to celebrate your hard work that feels as good.

Remember that if you can’t afford it, then you probably don’t really deserve it (yet). Perhaps one day, if you can properly save up for it.

You deserve this one…

And thus perhaps, every now and then too, when you feel the need to reward yourself, then maybe you could help yourself attain the financial freedom that you deserve.

What to read next: Learn about the Peak-End Rule and how to apply it to stay motivated in following a budget.