The daughter of a friend asks, “So mommy, if you would be doing one thing that you really, really like right now, what would that be?”

“So what’s stopping you from doing it?” her daughter asks back.

My friend was at a loss for words because honestly, how do you answer such a hard question? And if you think about it, isn’t it ironic that we encourage kids to have and follow their dreams, and yet we don’t? 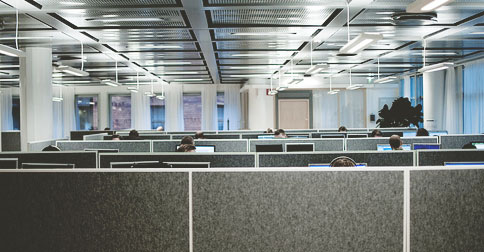 We all need a job to make ends meet, but your life shouldn’t end there. Too many times, I’ve met people who consciously choose to stay where they are, even if it’s making them unhappy.

Day in and day out, they drag themselves to work and then complain about how they hate their jobs. Month after month, they run in the rat race while wishing they’re not in it. And yet ironically, they’re not doing anything about it. Until years pass by, and they start to wonder how and why they allowed themselves to waste away.

“But I need to put food on the table, I’m the breadwinner in our household.”

“I have bills to pay, and a family to support.”

“My parents are sick, they depend on me to buy their medicines.”

These are valid reasons to get a job and earn a living. But often, people use these reasons as excuses to stay in their comfort zones and do nothing else in their lives.

They repeat these excuses in their heads, hoping that one day they’ll finally be able to convince themselves that their dreams were a necessary sacrifice they had to make.

Never mind the fact that Walt Disney used to be a newspaper editor before he became an animator; that Harrison Ford was a carpenter before he pursued acting; that Andrea Bocelli was a lawyer before singing opera; and Brad Pitt used to be a chauffeur before breaking into Hollywood.

There are countless other individuals, much like you and me, who one day decided that they’re not going to stay in a miserable job just because they can’t afford to quit.

Remember that there’s always a way, and with hard work, focus, and discipline – you can also achieve success and happiness.

So the next time you receive your paycheck, look at the number at the bottom, and ask yourself, “Is giving up on my dreams worth this much?”